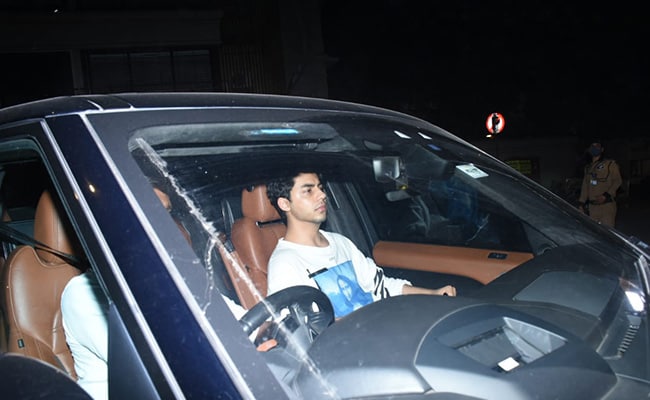 Fim star Shah Rukh Khan’s son Aryan Khan is listed as “Accused No 1” in the case.

The Narcotics Control Bureau today sought 90 more days to file a charge sheet in the Mumbai drugs-on-cruise case. The anti-drugs agency was supposed to file the charge sheet by April 2 in the case where film star Shah Rukh Khan’s son Aryan Khan was arrested along with 19 others. The Special Investigation Team (SIT) of the NCB has requested a Mumbai sessions court for the extension.

On March 2, the SIT chief Sanjay Singh had said that it is highly premature to say that there is no evidence against Aryan Khan in the Cordelia cruise ship drug case.

Mr Singh’s statement came after the reports of no evidence against Aryan Khan in the Cordelia cruise ship drug case surfaced.

Aryan Khan, listed as “Accused No 1” in the case that generated front-page headlines, had spent nearly a month in jail in connection with the case.

“Highly premature to say that there’s no evidence against Aryan Khan. Probe still in progress; recorded multiple statements. Have not reached any conclusion yet,” Mr Singh told ANI.

Earlier in December, the Bombay High Court relieved Aryan Khan, who was arrested in the case, from appearing before the NCB every week.

However, the court had directed him to appear before Delhi’s Special Investigation Team (SIT) whenever summoned.

The anti-drugs agency found no drugs on him, but had claimed in court that his WhatsApp chats proved his involvement in “illicit drug deals” and links with a foreign drugs cartel.

The case had snowballed into a huge political controversy and the anti-drug agency’s image was severely dented as only a small quantity of drugs were involved. After facing accusations of malpractice, the agency decided to focus only on big cases, sources had told NDTV. The agency is likely to bring in a new policy, in which information related to the recovery of small amounts of drugs will be passed on to the local police, sources said.

Social media was flooded with messages of support for Aryan Khan, and many said the arrest was a witch-hunt.

As investigations progressed, the NCB officials, including its chief investigator, former Joint Director Sameer Wankhede, got embroiled in a bribery controversy.

The investigation started after one of the witnesses in the case, Prabhakar Sail, filed an affidavit claiming that there was an extortion bid of Rs 25 crore by some NCB officials and others for letting off Aryan Khan. Prabhakar Sail had also claimed that he overheard that Rs 8 crore of this money was to be paid to Mr Wankhede.