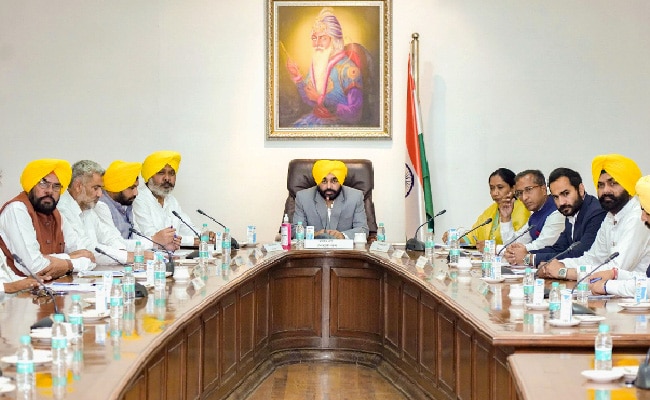 The decision to fill the 25,000 vacancies in various departments was taken in a Cabinet meeting chaired by Chief Minister Mann, who himself announced it in a video message.

“The agenda of 25,000 government jobs was passed in the Cabinet today,” Mr Mann said in his message.

He said 10,000 jobs will be filled in the Punjab Police Department and the rest of them will be in different other departments, boards and corporations.

He said the jobs will be given on merit.

“There will be no discrimination, no ‘sifarish’ (recommendation) or no bribe,” he added.

Unemployment has been one of the major issues that the Aam Aadmi Party had raised during the just-concluded state assembly polls.

Earlier on Saturday, 10 AAP MLAs, including a woman member, were inducted in the Bhagwant Mann-led Punjab’s Cabinet.

Governor Banwarilal Purohit administered the oath of office and secrecy to the 10 ministers at a simple ceremony at Guru Nanak Dev auditorium in Punjab Raj Bhawan in Chandigarh.