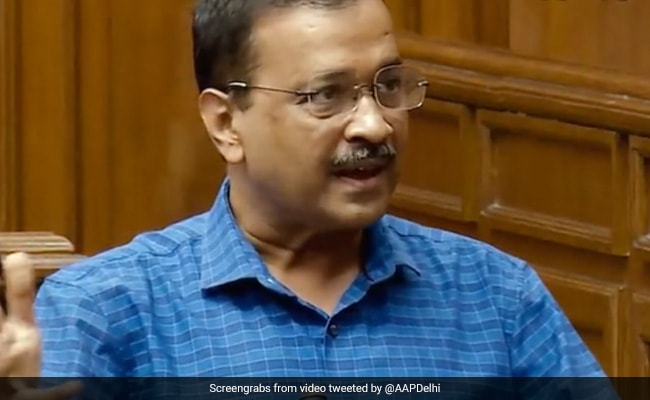 Child rights body NCPCR has sought an explanation from the Delhi government for not informing it about the issue of children running away from child care institutions in the national capital.

Chief Minister Arvind Kejriwal, while addressing a press conference on Delhi budget on Saturday, said Rs 10 crore has been set aside for street children and a state-of-the-art school would be built for them in which they would get all facilities.

Mr Kejriwal also said that till now, children were “grabbed” and put in child care homes, where they were not taken care of properly, prompting them to run away.

National Commission for Protection of Child Rights (NCPCR) chairperson Priyank Kanoongo said the body has conducted four monthly meetings with all states and union territories, but the Department of Women and Child Development of the Delhi government never brought up the issue of children running away from child care homes.

“The NCPCR would like your good offices to provide the reasons for not informing about this serious issue of children running away from child care institutions in Delhi in the monthly review meetings conducted by the NCPCR with all states and UTs,” Mr Kanoongo said.

The commission also sought an action-taken report on the poor condition of child care institutions in Delhi and on the officers responsible for not complying with provisions of the Juvenile Justice Act, 2015 and its rules notified in 2016 in these facilities.

The commission further asked the Delhi government to provide details of those children, children homes, dates on which they ran away, copies of FIRs registered in all such cases and the number of registered child care institutions in Delhi and their details thereof.

The reports of inspections conducted in the last six months by the inspection committee and the CWC constituted under the JJ Act, 2015 were also sought.

All these details are to be provided within 15 days.