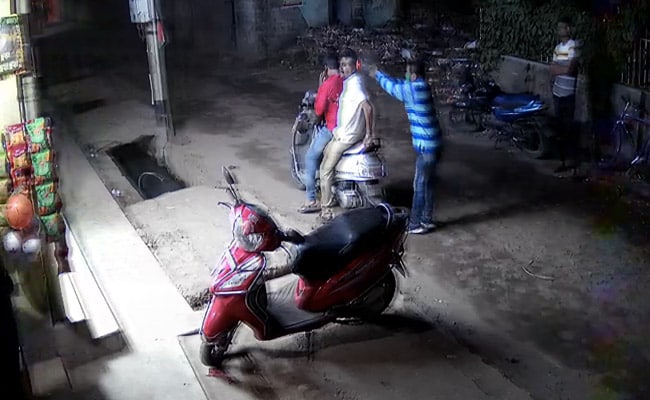 The footage of the shooting was captured on CCTV, based on which police arrested the shooter.

A Trinamool Congress councillor was shot dead in Panihati municipality of West Bengal on Sunday, police said. The footage of the shooting was captured on CCTV, based on which police have identified and arrested the shooter.

Police have arrested Shambhunath Pandit, an alleged contract killer, in the case. Pandit is being interrogated by police and more arrests are likely.

The footage of the incident shows Mr Dutta getting shot at by the accused from point-blank range.

The shooting occurred while Anupam Dutta was  on North Station Road in Agarpara in the evening, police said.

The councillor sustained serious head injuries and was rushed to a private hospital in the area where doctors declared him brought dead.