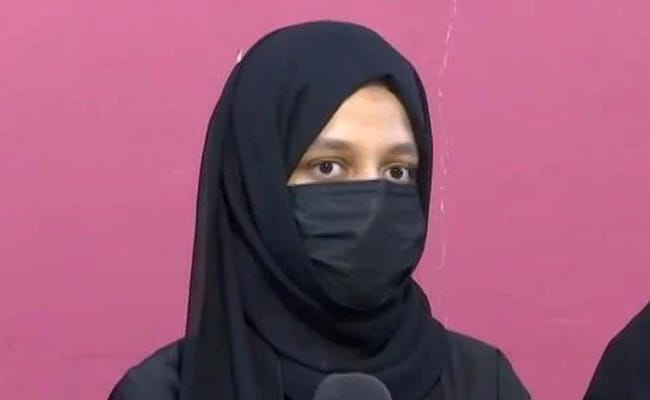 The five young women from Karnataka’s Udupi — whose petition seeking that hijab be allowed in classrooms got turned down by the High Court today — told the media that they have been “denied fundamental rights” and feel “betrayed by the country”. Insisting that the issue of hijab, which should have been “resolved at a local level, now has acquired political and communal overtones,” they said they will not drop out of college because of the setback.

Amid a huge row over head scarves that flared up in December last year, the women had gone to court, contending that hijab is an essential practice in  Islam protected under the constitution and there is no law that prohibits its use in educational institutions.

“We want hijab. We won’t go to college without the hijab,” they said at a press conference this afternoon, insisting that headscarves for women are an essential part of their religion and is mentioned in the Quran.
Pointing to the High Court order, they said, “It is mentioned in Quran that a girl should cover her hair and chest”.

In its order today, the Karnataka high court said wearing of hijab is not an essential religious practice in Islam.

“We are of the considered opinion that wearing of hijab by Muslim women does not form a part of essential religious practice in Islamic faith,” three judges said, refusing to strike down the state government’s ban and dismissing petitions by students.