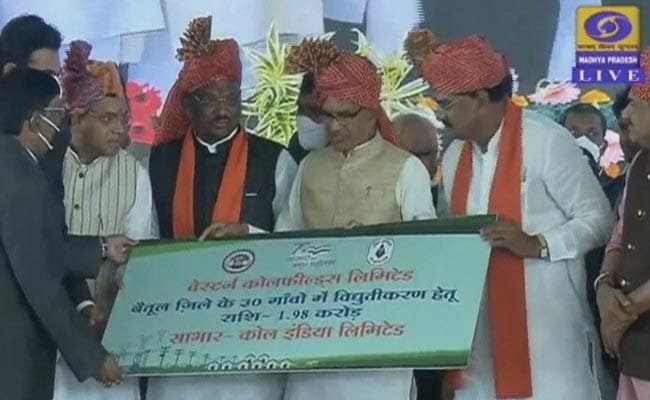 A chunk of farmers from Madhya Pradesh have been picking holes in Chief Minister Shivraj Singh Chouhan’s claim that the state government has paid full compensation to farmers for crop loss “with a single click”. The claim was made by Mr Chouhan last month. The government, he said, has transferred Rs 7,618 crore against 49 lakh claims.

Many farmers now say the money has not reached their bank accounts.

On March 2, farmers walked almost 25 km to reach Multai and protest near the office of the Sub-Divisional Magistrate, claiming they have not received any money under crop insurance.

“Officials told me that you pay the premium to get insurance. I paid the premium to save my maize crop, but not received a single penny,” said Pappu Panse, a farmer from Tiwerkheda village.

Akram Patel from Chicli said, “11 panchayats have been considered null and void… we have not received a single paisa”.

“I am paying the insurance amount since 2014 but till now never got the benefit of insurance,” Ramu Baraskar said.

Agriculture minister Kamal Patel admitted that a section of farmers are yet to receive the money. When pressed, he said their number will run to 1.15 lakh and are spread across all divisions of Madhya Pradesh. ” Around 1.15 lakh farmers have not received the amount because of duplicate or wrong account, instructions have been given for them also, many benefits are being provided to the farmers by making various amendments under RBC 6 (4). Madhya Pradesh has been receiving Krishi Karman Award for seven consecutive years. All this has been possible only because of the hard work of the farmers of the state.”

Ram Singh, a farmer from Dhar district’s Gardavad, said he only received a mega-size dummy check, but no money.

Similar claims came from Toofan Singh — a farmer from Sadalpur — who said despite getting a dummy check of Rs 3 lakh from the local MLA, only Rs 40,000 has been transferred to his bak account. “It is my request that if i can get the remaining amount as soon as possible,” he said.

Co-operative banks and societies giving loans to farmers are also upset. They said that they have not yet received the list of farmers eligible for crop insurance.

Ashok Kumbhakar, the manager in-charge of Co-operative Credit Society in Agar Malwa, said “The money was credited in the loan account but as per agriculture ministry it should be given in savings bank account so there is a technical issue which will be sorted.”

The BJP contends a majority of claims have been settled and only a few have been left.

“More than 7,500 crore has gone into the account of more than 49 lakh farmers. A few thousand farmers have not received the amount (but) Instructions have been given to pay each and every farmer,” said agriculture minister Kamal Patel.

The Congress claims that the BJP government is duping farmers while promising to pay crop insurance. Former minister and senior Congress leader Jitu Patwari said, “In February, Shivraj Singh said Rs 7,600 crore crop insurance claim amount was paid in the accounts of 49 lakh farmers of the state but the truth is that even today, this amount has not reached the accounts of thousands of farmers, this government only spreads lies.”