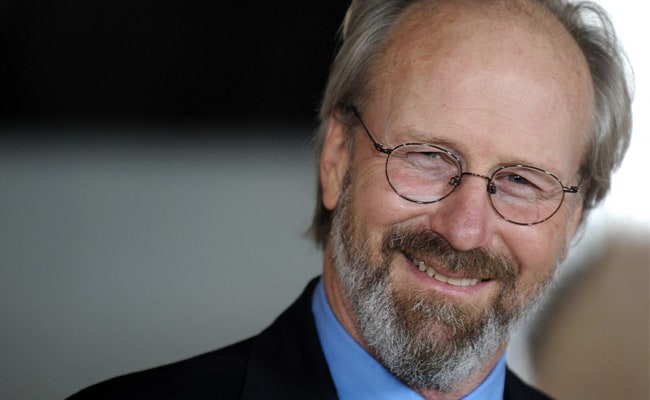 American actor William Hurt, known for much-loved films such as “The Big Chill” and “A History of Violence,” has died at age 71, US media reported Sunday.

Multiple outlets cited Hurt’s son, Will, who said in a statement: “It is with great sadness that the Hurt family mourns the passing of William Hurt, beloved father and Oscar winning actor, on March 13, 2022, one week before his 72nd birthday. He died peacefully, among family, of natural causes.”

The actor had been diagnosed with terminal prostate cancer in May 2018, but his son’s statement did not specify whether the disease contributed to Hurt’s passing.

Hurt built his reputation on his willingness to play quirky and unusual characters such as a Russian police officer in “Gorky Park” (1983), a wealthy and aloof husband in Woody Allen’s “Alice” (1990) and a man seeking to build a machine that would benefit blind people in “Until the End of the World” (1991).

His first film role was as an obsessed scientist in Ken Russell’s 1980 film “Altered States.” Appearing opposite Kathleen Turner in Body Heat in 1981 turned him into a sex symbol, and he won the best actor Oscar in 1985 for playing a gay prisoner in “Kiss of the Spider Woman.”

Hurt was also nominated for Oscars as a teacher of deaf students in “Children of a Lesser God” (1986) and as a slow-witted television anchorman in “Broadcast News” (1987).

For his second Academy Award, Hurt played a Philadelphia mobster in David Cronenberg’s “A History of Violence.” He appears in the film for only about 10 minutes, but he made a huge impact with critics, who praised his “creepy” and “funny” character.

In recent years, Hurt made himself known to younger moviegoers through his turn in the Marvel Cinematic Universe as Thaddeus Ross, a blustering general who was present on the day Bruce Banner became the Hulk.

Hurt was born March 20, 1950 in Washington, DC, but as his father was a US diplomat, he traveled widely as a child.

After his parents divorced, his mother married Henry Luce III, the heir to the Time-Life empire, and moved to New York.

Hurt stayed close by, studying theology at Tufts University before enrolling at the renowned Juilliard arts school in New York.

Despite his spreading fame, Hurt did not settle in Hollywood but set up his home in Oregon. In interviews, he had shown he was uneasy with stardom.

His private life, however, read like something straight out of Hollywood.

Hurt married aspiring actress Mary Beth Supinger after finishing his studies at Tufts and followed her to London to study drama. They divorced on their return to New York.

In the late 1980s, he was sued by a former live-in love, ballet dancer Sandra Jennings, who is the mother of one of his sons.

He had two other sons from another marriage and a daughter, Jeanne, from a relationship with French actress Sandrine Bonnaire.