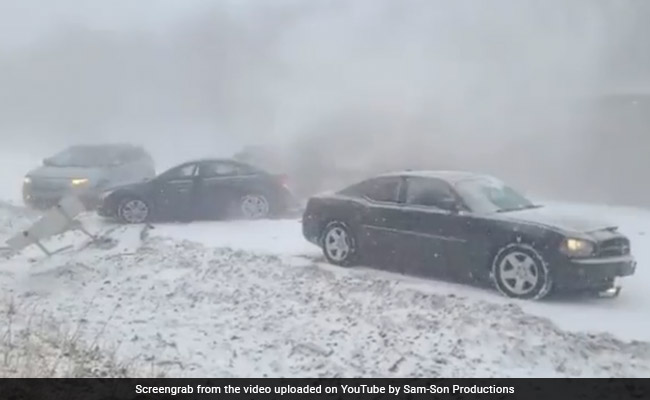 Video shows vehicles slamming into each other

At least three people were killed and several others injured after snow squalls led to a deadly pileup on a Pennsylvania highway in Schuylkill County on Monday.

Police said the number of vehicles involved in the collision on Interstate 81 ranged between 50 and 60, including trucks, tractor-trailers and cars.

A video posted on YouTube shows vehicles crashing into each other after losing control on the snowy road. Drivers and passengers are seen getting off the interstate as a cascade of crashes unfolds along the hilly route.

Some vehicles also caught fire after the crash, which was later extinguished.

A search and rescue operation is underway and those injured in the crash have been admitted to the hospital for treatment, officials said, adding that this was the second large pileup in a little over a month in Schuylkill County.