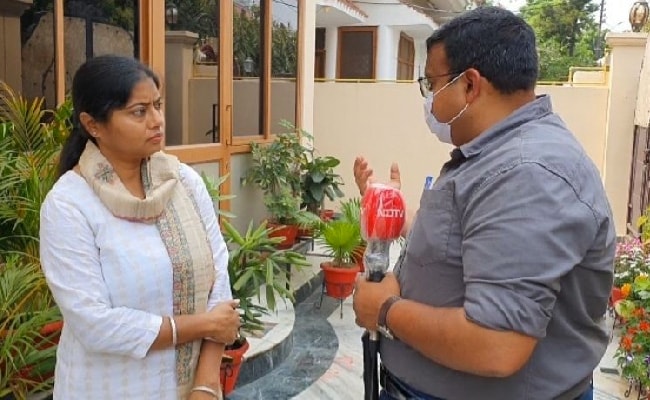 Pallavi Patel won against Keshav Maurya from Sirathu by a margin of over 7,000 votes.

The BJP won a massive victory in the recently concluded elections in Uttar Pradesh, brushing aside the challenge from the Samajwadi Party alliance. But a dark spot for them was the defeat of Deputy Chief Minister Keshav Maurya from the Sirathu assembly seat near Prayagraj.

Mr Maurya, who has vast experience in electoral politics including previous victories from the same seat, was defeated by Pallavi Patel of the Apna Dal (K), a Samajwadi Party ally, in her first ever electoral contest and has emerged as the biggest giant killer in this election

“My victory in Sirathu was clear from day one, because the people of Sirathu were hurting from the chaos created by Mr Maurya and his family,” Ms Patel told NDTV in an exclusive interview at her Lucknow residence, days after her headline grabbing victory.

The first time MLA won from Sirathu by a margin of over 7,000 votes against Keshav Maurya, in a tense fight where counting of votes went on till late night before the winner was announced.

The police and paramilitary personnel posted at the Sirathu counting centre had to use force multiple times to disperse supporters from both sides who were creating ruckus.

Pallavi Patel was a scientist working in Hyderabad before quitting and joining politics in 2009 after the death of her father and Apna Dal founder Sonelal Patel in 2009.

After Mr Patel’s death, Pallavi Patel’s mother Krishna Patel became the head of the party. In the 2014 Lok Sabha polls, her sister and Union minister Anupriya Patel contested the Lok Sabha polls from Mirzapur in east UP and won.

Months later, the party split with Anupriya Patel forming a separate faction, the Apna Dal (S) that sided with the BJP.  The union minister, who was re-elected to the Lok Sabha in 2019, even campaigned against her sister in Sirathu.

“She must have been under pressure and I have no issues. But her campaign must have worked for me in some manner. I want to thank her for that,” Pallavi Patel said when asked about her relations with her sister.

In the recently concluded state assembly elections, the BJP and its allies won a total of 273 out of the 403 seats in the politically significant state. This was a drop of 49 seats from the party’s tally in the 2017 elections when it unseated the Samajwadi Party government.

The Akhilesh Yadav-led party won 111 seats on its own and the alliance led by it posted a victory in 125 constituencies. This was a jump of 73 from its performance in the 2017 election. This was also the Samajwadi Party’s best performance ever.