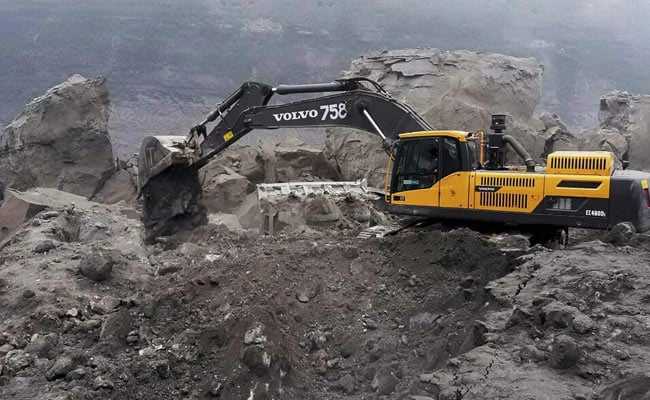 Jharkhand Chief Minister Hemant Soren has asked the centre to clear what he claims is a Rs 1.36 lakh crore due for mining by government firms. He had raised this issue in the state assembly too.

In a tweet, Mr Soren said he has written to Coal and Mines Minister Pralhad Joshi to remind about the payment.

“In spite of repeated consultations held with the Coal Ministry and NITI Aayog regarding non-payment of long-standing legitimate dues of Rs 1.36 lakh crores related to mining done by central PSUs (public sector undertakings), government of India has paid no heed so far. I have written to Pralhad Joshi ji in this regard,” Mr Soren tweeted, along with the letter.

A large portion of coal mining in mineral-rich Jharkhand is done by a subsidiary of Coal India Ltd, or CIL. “These coal companies are not paying legitimate demand of revenue to the state, resulting in huge dues to the state from these companies,” the Chief Minister said in the letter.

Mr Soren drew attention to the Mineral Concession Rules, 1960, which says royalty is chargeable for mining in a leased area, among other similar conditions.

Inspite of repeated consultations held with @CoalMinistry & @NITIAayog regarding non payment of long standing legitimate dues of Rs 1.36 lakh crores related to mining done by Central PSUs, Govt of India has paid no heed so far. I have written to @JoshiPralhad‘ji in this regard. pic.twitter.com/VcSReuyQaa

“At present, the CIL subsidiary coal companies in Jharkhand are paying royalty on the basis of run-of-mine coal rather than processed coal being dispatched…The courts ruled in favour of Rule 64B and Rule 64C,” the Chief Minister said, referring to sections of the law on mandatory royalty payment.

Mr Soren said socio-economic development of Jharkhand mainly depends on the revenue from these minerals.

“In spite of provision in the law and judicial pronouncements made therein, coal companies are not paying royalty on washed coal resulting in huge pending of the demand. The position of the law and judicial pronouncement is being well accepted by the Ministry of Coal in its reply to NITI Aayog, but denying payment on account of that will increase cost of coal in domestic market,” Mr Soren said in the letter.

The government or its think tank, NITI Aayog, are yet to respond to Mr Soren’s letter.