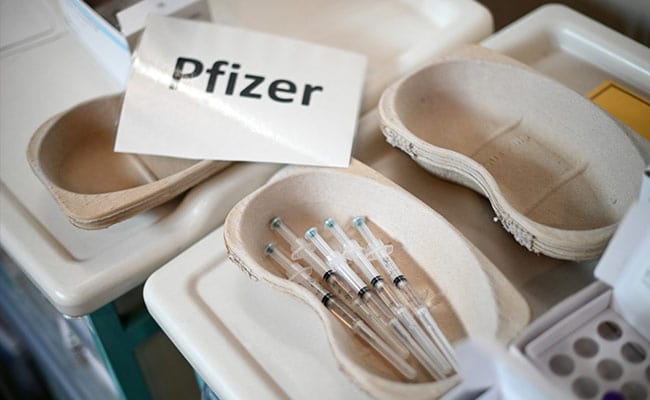 The study cited by Pfizer and BioNTech showed that “rates of confirmed infections were 2 times lower”.

Pfizer and BioNTech announced Tuesday they had formally asked the United States drug regulator for emergency approval of a second booster shot of their Covid vaccine for people aged 65 and older.

The companies said in a press statement that their request is based off two Israeli studies that show “an additional mRNA booster increases immunogenicity and lowers rates of confirmed infections and severe illness.”

Most countries’ case-levels have significantly declined from record levels during the Omicron wave, though multiple countries have seen levels plateau or start to tick up as they lift restrictions, and protection from prior doses begins to fade.

The first Israeli study cited by Pfizer and BioNTech showed that “rates of confirmed infections were 2 times lower and rates of severe illness were 4 times lower among individuals who received an additional booster dose,” compared to those who only had one.

The analysis was limited to people 60 years and older who received their second booster four months after their first.

The second study — an analysis of Israeli healthcare workers 18 years and older — showed that antibody levels in those who received a second booster were significantly higher than those who did not.

“The study also revealed no new safety concerns in individuals who received an additional booster dose of the vaccine,” said the companies.

Since the initial regimen of the Pfizer-BioNTech vaccine is two doses, a second booster would be most individuals’ fourth jab.

Recent studies have offered evidence that while a third mRNA vaccine dose raises antibody levels above those of the initial regimen, a fourth dose only returns individuals’ levels to that same highly-elevated level.

Several European countries, as well as Israel, have already approved second boosters for older and immunocompromised populations, who are most at-risk for severe disease.