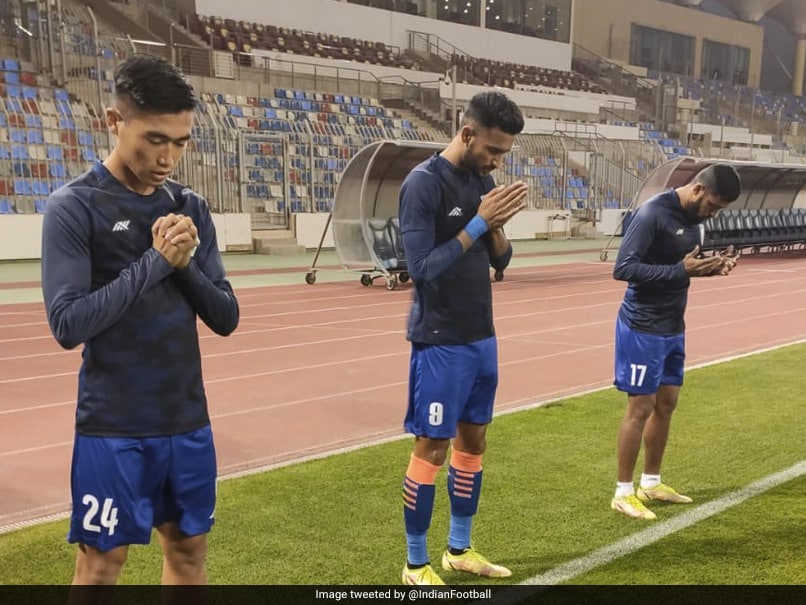 Indian footballers praying before the match against Belarus on Saturday.

India may have lost a friendly football match to Belarus, but the gesture of three Indian footballers is winning the internet. The three footballers are seen praying according to their respective faiths before the start of the match on Saturday.

The image was originally posted by the Indian Football Team on Twitter and later shared widely across social media platforms.

The photo of the three players has captured the true spirit of India – diverse yet united – said netizens.

“This is what we should strive for as a nation. Love this,” a user posted on Twitter. “This is rare. Love and kindness (spread it since it’s contagious),” added another.

Belarus scored three in the second half to beat India 3-0 in an international friendly played in Manama on Saturday.

This was India’s first international match against a UEFA side since they last played Azerbaijan in 2012.

For Belarus, this was their first international friendly match this year. In the past year, they have played against some higher-ranked teams like world’s top ranked team Belgium, Wales (20th) and Czech Republic (31st). Their last match was a 1-0 win against Jordan in November last year.

India’s match against Belarus was in doubt initially as the All India Football Federation (AIFF) wanted to avoid playing against the East European country in view of its support to Russia in the Ukraine invasion. The world governing body FIFA had banned Russia from international matches but had not done so against Belarus.