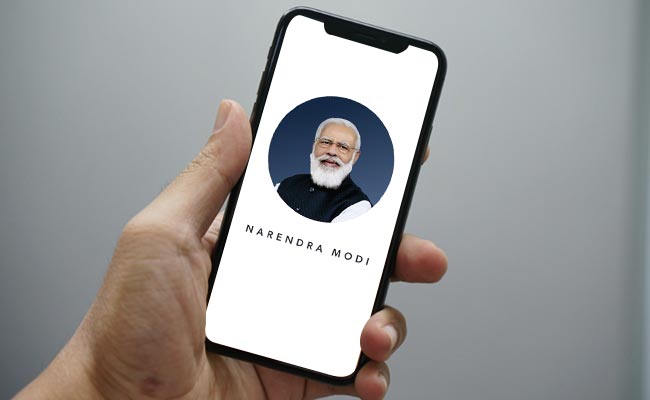 Prime Minister Narendra Modi’s NaMo app has been seeking donations under the name of government schemes even though the app or any other non-government body is not authorised to do so, according to responses received from the government under the Right To Information (RTI) Act.

Although the app has been seeking donations for ‘Swachh Bharat’ that works towards universal sanitation and open-defecation-free behaviour and ‘Beti Bachao, Beti Padhao’ that addresses the declining Child Sex Ratio and aims to change mindsets to value the girl child, a party spokesperson told NDTV that the app “is not raising money for government schemes”.

The Prime Minister’s Office is yet to respond to NDTV’s request for comment.

An RTI reply by the Ministry of Women and Child Development that NDTV has accessed said, “There is no such provision to give special permission to raise funds through the NAMO App for Beti Bachao Beti Padhao Scheme”. The query was made by Chennai-based journalist BR Aravindakshan.

In response to another similar plea by him, the Ministry of Drinking Water and Sanitation, which executes the Swachh Bharat scheme, replied under RTI, “There is no provision in SBM(G) Phase – II guidelines regarding raising of funds by NGO or individual for Swachh Bharat projects.”

Even now, the ‘Narendra Modi’ App receives donations under a banner that reads: “Micro-Donate for a New India”. With the tagline “Support BJP with your Micro-Donation”, it offers options to donate Rs 5, 50, 100, 500, and 1,000. However, under “Cause for Donation” it lists the two key central government schemes – ‘Swachh Bharat’ and ‘Beti Bachao, Beti Padhao’ besides ‘Party Fund’ and ‘Kisan Seva’.

“For my contribution to Swachh Bharat, a government scheme, I received a receipt from the BJP. This is fraud,” said Mr Aravindakshan. The Narendra Modi app lists central schemes under “Cause For Donation”.

To his series of queries under RTI to the Prime Minister’s Office, including “whether the app is a personal app of the Prime Minister or is an official one and what permissions have been obtained by the app to collect funds for the BJP and government schemes,” the office replied, “Information sought is not part of record held by this office.”

When NDTV raised the issue with the BJP, the party denied that the NaMo app receives donations in the name of government schemes. Later, when screenshots were shown, the party’s spokesperson for Tamil Nadu, Narayanan Thirupathy, conceded that funds were not being raised for government schemes.

“I’ve checked with the NaMo App team. We are not raising [money] for government schemes but for party activities. The schemes ‘Swachh Bharat’ and ‘Beti Bachao, Beti Padhao’ are listed under ‘Cause for Donation’ only to help donors select the scheme that attracts them to the BJP,” Mr Thirupathy said.