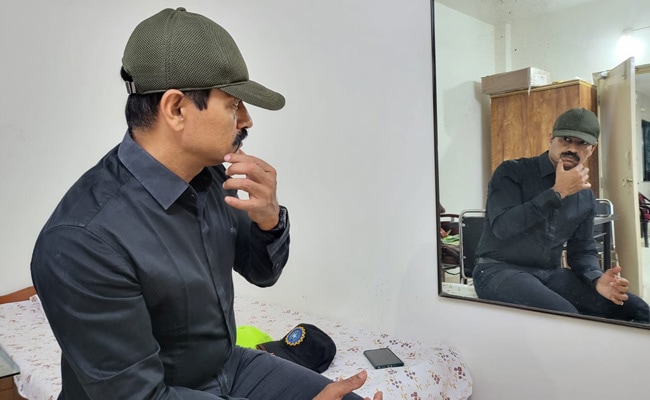 Mr Prakash decided to catch him in the act, saying he wanted to make an example to deter frauds.

A Pune IPS officer, known to disguise himself to trap criminals, on Sunday night caught a gang that was extorting money claiming to be close to him. Three people, including two women, have been arrested in the fraud case by the Dehu Road police in Maharashtra’s Pune.

Pimpri Chinchwad Police Commissioner Krishna Prakash disguised himself as a civilian to catch 22-year-old conman Roshan Bagul, who was trying to extort money in a land dispute case. The accused claimed that he was close to Mr Prakash and Mumbai’s Joint Commissioner of Police Vishwas Nangare Patil, and had even helped them in land cases.

Mr Prakash decided to catch him in the act, saying he wanted to make an example to deter frauds.

“I disguised myself as a drug addict who lives with a physical disability. To set me apart, I wore a cap and glasses which I don’t wear otherwise. I even wore a mask and walked with a slight limp so that nobody could identify me,” Mr Prakash said.

The Pimpri Chinchwad Police Commissioner said that the accused bragged about his connection with him even during the meeting where Mr Prakash was present in a disguise.

The accused was upset that Mr Prakash had brought just Rs one lakh of the agreed Rs 1.5 lakh.

After the accused took the money, the Commissioner asked if they recognised him. When they said they didn’t, he removed his disguise and asked them how they didn’t know him even when they were extorting people in his name.

“Just as we caught him, he dialled two women and called them over. It seems they too are involved in illegal extortion along with him,” he said.

Mr Prakash often disguises himself to test the promptness of his personnel in accepting complaints from citizens.

The 1998 batch Indian Police Service officer is also known for his physical fitness. He is India’s first police officer to complete extreme endurance challenges like Iron Man and Ultraman triathlons.