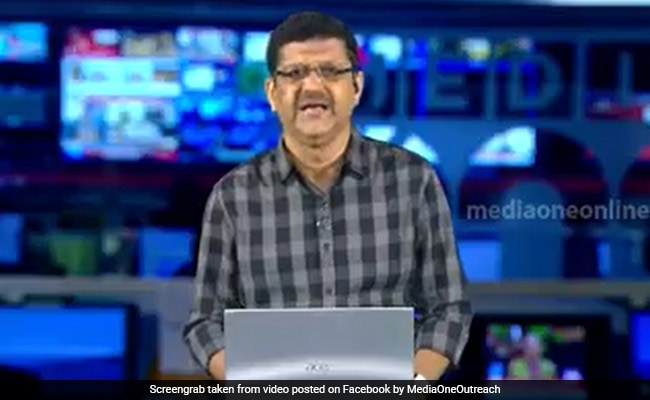 MediaOne ban case: The court has allowed the channel to resume broadcast again till further orders.

In relief for the Malayalam TV channel ‘MediaOne’, Supreme Court today stayed the Center’s January 31 order to ban the news channel from telecasting over security concerns. The court has allowed the channel to resume broadcast again till further orders.

The Ministry of Information and Broadcasting had refused to renew the Malayalam TV channel’s broadcast license citing national security reasons, without disclosing the exact grounds. Madhyamam Broadcasting Limited, which runs the channel MediaOne TV, had then appealed in the Supreme Court against the Kerala High Court order upholding the Centre’s decision.

Madhyamam Broadcasting Limited had applied for broadcast permissions to be renewed from September 30, 2021, to September 29, 2031.

The Supreme Court on March 10 had issued notice on the channel’s plea and had also asked the Centre to produce relevant files from the Home Ministry about security concerns.

The court noted that the files have not been shared with the petitioner (MediaOne) so far and the question of whether they should be shared for the petitioner to be able to defend themselves shall remain open for discussion in subsequent hearings.

“For 6 weeks, we have been shut down only because it is run by people belonging to a minority community,” Senior Advocate Dushyant Dave, appearing for MediaOne, told the court. The channel has the backing of the Kerala chapter of Jamaat-e-Islami.

The top court asked the Centre to file a detailed counter affidavit by March 26 on the appeals filed by the channel against the High Court order.

In the last hearing on March 7, Dushyant Dave had argued that the channel has functioned for 11 years. He said, “We have 350 employees and millions of viewers. We have been shut down due to some secret files from the Home Ministry and Kerala High court has justified it behind our back.”

Mr Dave had said it raised questions of the Right to Information (RTI) and media freedom.

The Kerala High Court in its order had said, “Certain aspects relating to the security of the State are mentioned to the effect that Madhyamam Broadcasting Limited has some linkages with certain undesirable forces, which is stated to be a security threat”.

In 2020, MediaOne TV was taken off air after the I&B Ministry said it violated provisions of the Cable Television Networks Rules, 1994 during its coverage of the violence in Delhi linked to the protests against the Citizenship Amendment Act.

The notification was over a Delhi-based correspondent who had claimed, “vandals had fired at an anti-CAA protest site from a rooftop from 2 pm to 9 pm and around five anti-CAA protesters were injured”.

A copy of the transmission was examined by the ministry, which said it attacked the government for its “cold-shouldered approach towards anti-CAA protesters” and criticised Delhi Police for failing to register FIRs against a “provocative speech” by an unnamed BJP leader in Jafrabad, one of the areas hit by violence.