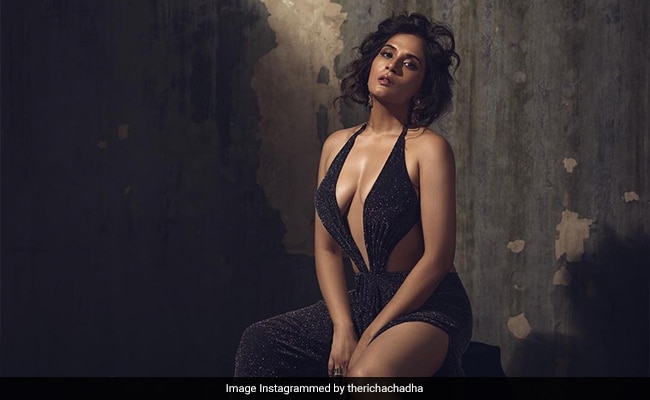 Richa Chadha‘s unabashed social media posts are something that we all look forward to. This time, it is about weight loss. Surprised? Well, to be more specific, Richa has talked about her glutes. But she inserted her thoughts into the caption more as an afterthought. The post is a gem that we cannot afford to miss. In the images, which are from a photoshoot, Richa is seen in a bold black gown. Now, read her note about “healthy weight loss.” She wrote, “PS – Healthy weight loss means you don’t lose muscle, like in my case the gluteus maximus is intact.” Well, that’s not it. Richa has something to say about the shoot too. She wrote, “I love doing photo shoots where the photographer and I have a friendship, (like in this case), worldview in common, love for music, art… while shooting this particular one I felt like I was playing a character.” In fact, Richa called it a “distinct” experience of sorts. She added, “Distinct from the films I do… but interesting still… we did some very disturbia feel stills also which will post later.”

Richa Chadha keeps sharing updates from her photoshoots. Earlier, she drooped a video where she is dressed in regal attire. She captioned it, “Dwelling in a bygone era … Fun nostalgic vid experiment from a recent shoot.”

Richa Chadha is known for her candid candour on social media. And, it was revealed well when she left a birthday wish for Ali Fazal. She came up with a fun video featuring the two of them and wrote, “You know, that one person with whom you lock eyes and can converse without words even in a room full of people? That. Ali Fazal.”

Ali Fazal and Richa Chadha will soon come up with their maiden production Girls Will Be Girls.