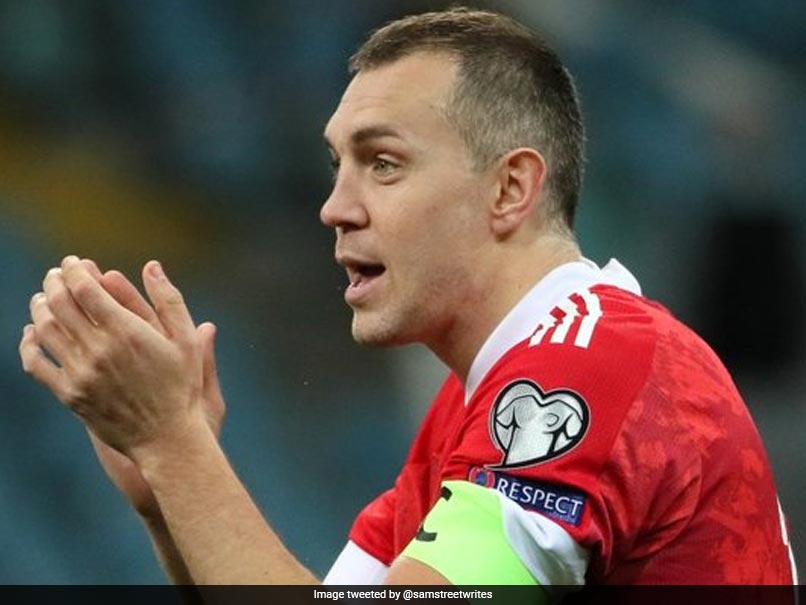 Russia captain Artem Dzyuba has asked to be left out of the squad.© Twitter

Russian captain Artem Dzyuba has asked to be left out of the squad for friendly matches later this month because of the “difficult situation in Ukraine”, coach Valery Karpin said on Tuesday.

“Given the difficult situation in Ukraine, where many members of his family live, Artem apologised and asked, for family reasons, not to be selected,” Karpin said on the site of the Football Union of Russia.

“We agreed to stay in touch and I will keep a close eye on his next few matches with Zenit Saint Petersburg.”

Russia, which hosted the last World Cup finals in 2018, have been thrown out of the playoffs for this year’s finals in Qatar because of its military action over Ukraine, although they have appealed against FIFA’s decision.

Regardless of the outcome of the appeal, the Russia squad will gather on March 21-27, although its choice of opponents would appear to be limited to its allies.

“The exact programme for the training camp, as well as friendly matches, is being worked out and will be published soon,” Karpin said.

Karpin said he had not called up players based at European clubs.