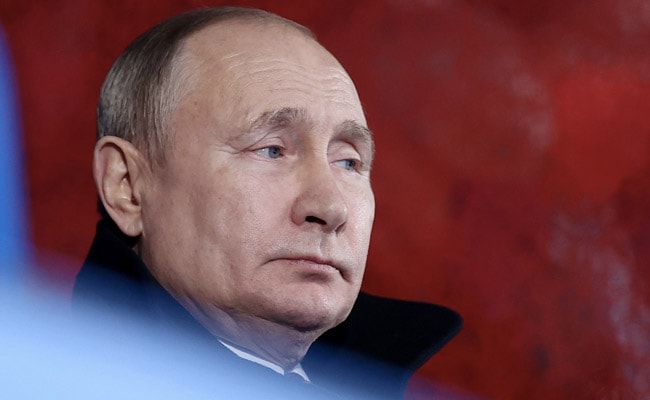 Ukraine war: Vladimir Putin has been photographed with smooth forehead and rosy cheeks.

The sanctions imposed by the West on Russia due to Ukraine war will directly affected President Vladimir Putin, who won’t be able to use Botox, reports have said. This is due to the announcements made by some pharmaceutical companies in the wake of economic punishment.

Among these companies are Eli Lilly and Co, Novartis and Abbvie Inc, which according to news agency Reuters, said last week that they would continue to supply critical medicines for the treatment of cancer and diabetes, but will halt “non-essential” products.

Abbvie owns the celebrated wrinkle treatment product Botox and has said it has temporarily suspended operations for all its aesthetic products in Russia, according to The Independent.

The use of Botox by Putin has been widely reported by several media outlets, including The Daily Beast and The Guardian. In a 10-year-old piece, The Guardian talked about the reports circulating in Russia about Putin’s use of the product.

The report said the Russian President was criticised on Twitter, with many hashtags flooding social media. The Guardian said that the rumours about Putin’s Botox use started after his visit to Kyiv in October 2011 as Russia’s Prime Minister, where he “sported a massive blue-and-yellow bruise around his eye”.

The clamour in Russian blogosphere became so loud that Mr Putin’s spokesperson was forced to issue denials. “It’s probably just how the light fell. The prime minister is tired,” the spokesperson said.

Sydney-based Dr Jake Sloane, one of Australia’s leading  aesthetic doctors, posted a photo on his Instagram to highlight the botched cosmetic work Mr Putin has received.

He posted a side-by-side image showing a younger Mr Putin and a more current picture. And said: “When you Putin too much filler and look like an elderly Cushingoid cat.”

Neither Putin nor Russia has officially commented on these rumours that have been swirling around for years.