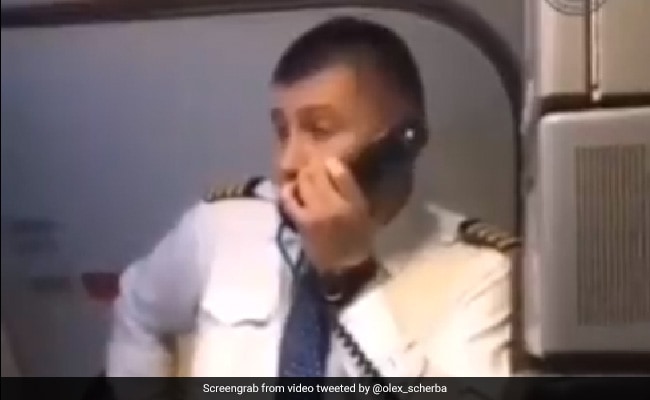 A Russian pilot is being hailed for denouncing his country’s attack on Ukraine during a flight. The pilot made the remarks while addressing the passengers before the plane took off. The announcement was made both in English and Russian, amid applause from passengers.

The video has gone viral on social media, and many, including Ukrainian diplomat Olexander Scherba, saluted the bravery shown by the pilot.

He posted the transcript of what the pilot is saying in his address to the passengers: “Ladies and gentlemen, here is your captain speaking. Welcome to Antalya. Thank you for flying with “Pobeda”. Also, from me personally: the war with Ukraine is a crime…”. This brave pilot makes a statement.”

“Ladies and gentlemen, here is your captain speaking. Welcome to Antalya. Thank you for flying with “Pobeda”. Also, from me personally: the war with Ukraine is a crime…”.

The pilot works for Pobeda, a subsidiary of Russia’s flag carrier Aeroflot, according to Mr Scherba.

“Russia needs more brave people like this pilot,” a Twitter user commented. Other used popular hashtags like #StandWithUkraine while admiring the courage shown by the pilot.

Some Twitter users were, however, concerned about the safety of the pilot. “Even if he was fleeing without intending to go back, still a brave thing to do (as I’m sure he has family back home),” a user tweeted.

“Whatever your thoughts are on this situation, this pilot and others like him are putting themselves at real risk for torture and death. Russia is jailing ppl who speak out, and they are known to starve people to death. Putin himself has said dissidents ought to be starved,” said another.

Many Ukrainians have posted videos criticising Putin for launching the attack and asking fellow citizens to be brave during the time of crisis.

The war in Ukraine has been going on for nearly three weeks and with each passing day, it is intensifying. Russia, which has numerically superior forces, is concentrating its efforts in capturing capital Kyiv. But according to news reports, Russian forces are facing stiff resistance from Ukrainian soldiers.

Russia’s invasion has sent more than 2.5 million people fleeing across Ukraine’s borders and trapped hundreds of thousands in besieged cities.

Thousands of people have died since Feb. 24, when Russian President Vladimir Putin launched what he called a special military operation to rid Ukraine of dangerous nationalists and Nazis.

The United States, which had watched Russia’s build-up on Ukraine’s borders with mounting alarm for weeks, says it was a premeditated, unjustified and unlawful “war of choice”.