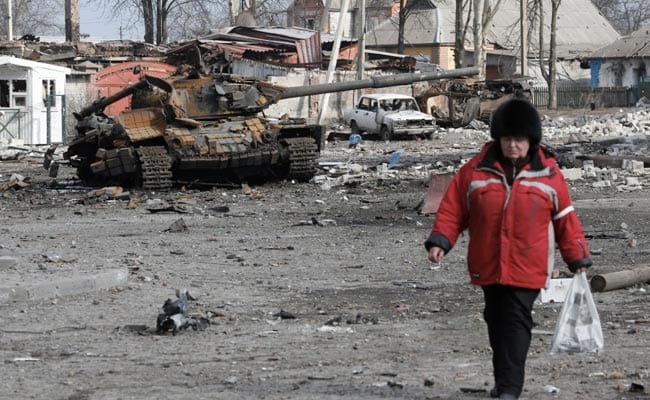 Russia has been accused of targeting civilian infrastructures in Ukraine.

New Delhi:
Three weeks into their devastating invasion of Ukraine, the Russian troops have stalled in their advance on Ukrainian cities amid heavy losses but there are no signs Russian President Vladimir Putin “is prepared to stop.”