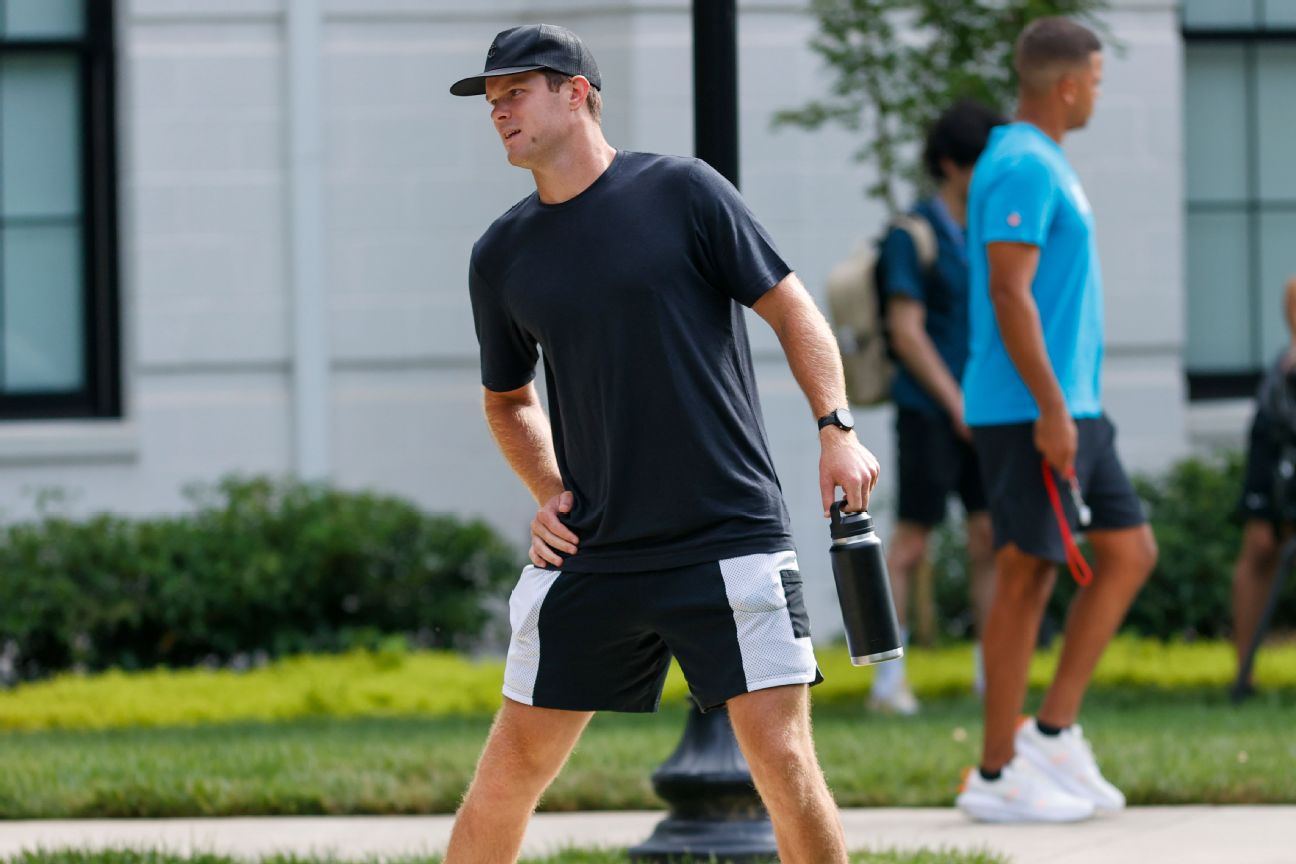 SPARTANBURG, S.C. — The Carolina Panthers turned the heat up on Sam Darnold earlier this month when they traded for Baker Mayfield to compete for the starting quarterback job, but as far as Darnold is concerned the two are “cool” with battling it out.

“When things start rolling in training camp it’s just going to be fun to be able to compete and have fun with it,” Darnold said Tuesday as the Panthers reported to camp at Wofford College. “At the end of the day this is a business and we both take our craft and what we do very seriously.

“So it’s going to be serious when that time comes to compete, but off the field and all of that stuff, me and Baker are really cool.”

This was the first time Darnold has spoken to the media since the Panthers traded a conditional 2024 draft pick to the Cleveland for Mayfield, who became expendable after the Cleveland Browns traded with the Houston Texans for Deshaun Watson.

That reunited the 2018 draft’s top pick (Mayfield) with the third overall pick (Darnold).

Both have been full-time starters since entering the league, Mayfield with Cleveland and Darnold with the New York Jets and Panthers. They still consider themselves starters even though the Panthers have declared an “open” competition for the job.

“We’re both in our eyes the starting quarterback for this team right now,” Darnold said. “And that’s how we’re both going to view it. So it’s just about going out there and competing, and that will be fun.”

Coach Matt Rhule said the competition will be good for a Carolina team that has gone through four different starting quarterbacks the past two seasons.

“That’s not really my job try to understand or evaluate why [the trade was made],” he said. “For me it’s about competing. At the end of the day, we all want to win as Panthers. We’re all on the same team. And they’re going to do whatever they feel like it’s best for the team to win ballgames this year.

“If that’s bringing in Baker and me competing with him and us competing with each other to battle it out for the starting job, that’s the best thing for the team.”

Darnold actually was among the first to reach out to Mayfield after the trade. He asked him to participate in a pre-camp workout with running back Christian McCaffrey and other Carolina players in the Charlotte area.

That happened this past weekend, and included dinners and team bonding sessions at McCaffrey’s Lake Norman home.

“I don’t think anyone here likes feeling awkward or being in an awkward situation,” Darnold said. “There will be plenty of time for that when training camp starts going and we start actually competing.

“When I heard the news, you know, I took a couple of days to decompress and kind of just absorb all the information that I could. I talked to coach about it and then I reached out to Baker and told him about the little throwing session that we had.”

Darnold said the interaction with Mayfield has been “very cordial” so far.

McCaffrey likes the dynamic between the two quarterbacks.

“Those guys are professionals,” he said. “They’re great players who have seen a lot in this league. They’re both hungry. They both have massive chips on their shoulders. They’re going to compete with respect.”

Both are in the fifth and final year of their rookie deals, so they’re playing for their futures.