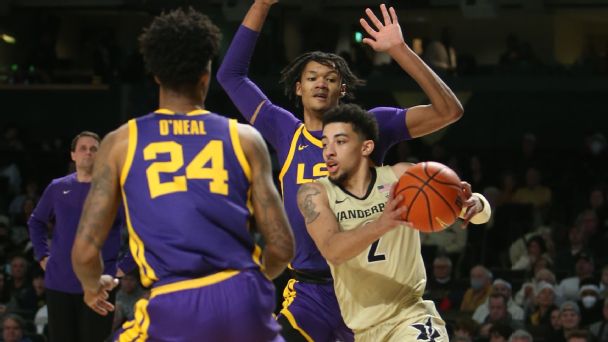 EL SEGUNDO, Calif. — When the door swung open at the Los Angeles Lakers training facility Tuesday, Scotty Pippen Jr. was on one court standing in rebounding position at the foul line — but didn’t mutter any trash talk to Lakers rookie Max Christie as he launched his freebies as his father once did to Karl Malone.

And on an adjacent court, Shareef O’Neal stood at the foul line and got up shots, too, but didn’t clank them off the rim as his father developed a reputation for doing.

Scottie Pippen and Shaquille O’Neal they are not. But the sons of the two NBA Hall of Famers sure made for interesting inclusions on the Lakers summer league roster, which began practice for the upcoming California Classic in San Francisco and NBA 2K23 Summer League in Las Vegas.

While O’Neal’s dad has the sterling resume with the Lakers’ organization — winning three championships, three Finals MVPs and a regular season MVP in eight seasons with the team — Pippen Jr. has a better chance of being on the Lakers’ roster at the start of training camp.

The 22-year-old Shareef O’Neal also went undrafted after a challenging three seasons at UCLA and LSU and the Lakers signed him to a summer league contract.

“I was literally born into this team,” he said last week following a pre-draft workout with the Lakers. “My dad, Kobe [Bryant] won championships when I was born and now it’s me putting on the Lakers gear and I was — it was crazy. I was speechless, kind of.”

While neither Lakers prospect are expected to match their father’s careers, they are more than next-of-kin curios. Both have had opponents test them throughout their basketball upbringings because of the names on the back of their jerseys. And if the Golden State Warriors’ championship earlier this month is any indication — winning the title with four second-generation NBA players on the roster in Stephen Curry, Klay Thompson, Andrew Wiggins and Gary Payton II — that path is just as much constant competition as it is silver spoon.

“I think people come at me harder just because of who I am,” Pippen Jr. said. “But I think it goes for everyone. Everyone who has a name has a target on their back. I embrace it. I think it’s good to go in the gyms and everyone wants to get my best. So, it’s fun for me.”