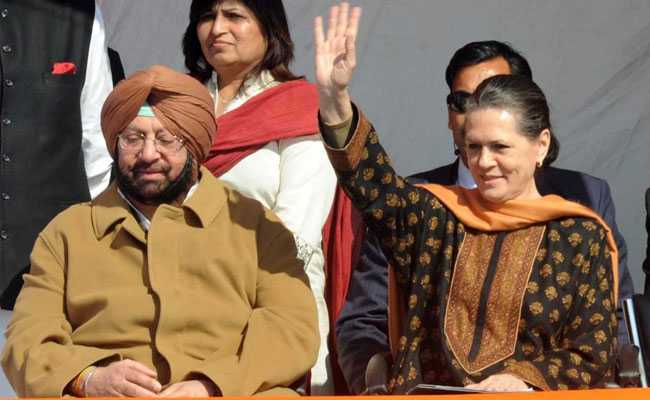 Sonia Gandhi was asked about the Punjab debacle at the CWC meet on Sunday. (File)

At the Congress Working Committee (CWC) meeting on Sunday, party chief Sonia Gandhi said that shielding former Punjab Chief Minister Amarinder Singh despite a growing pushback against him within the party’s state unit was a “mistake”, sources have told NDTV.

The Congress held a marathon meeting for nearly five hours on Sunday to dissect its disastrous performance in the five state elections last week that included the party losing one of the last three states it ruled on its own.

When a senior leader questioned the timing of Amarinder Singh’s removal as Chief Minister, late last year, saying it should have been done much earlier and was very badly handled, Sonia Gandhi intervened and said she was to be blamed as she shielded him for a long time, sources said.

“She admitted that it was her mistake and error of judgment to have allowed him to continue as Chief Minister,” a party leader told NDTV.