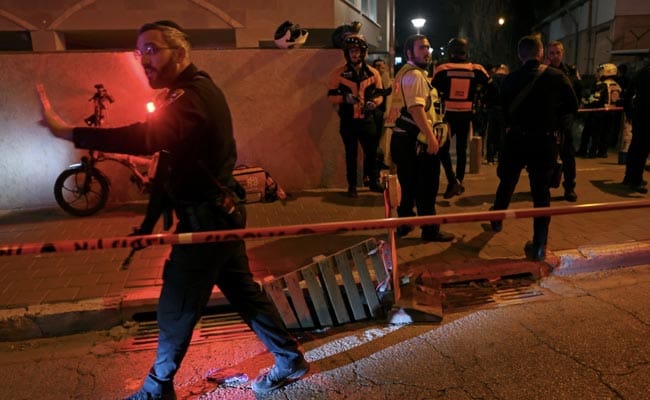 A suspected Arab gunman killed at least five people in a Tel Aviv suburb on Tuesday before he was fatally shot, the national ambulance service said, in the latest of a string of deadly attacks in Israel.

Amateur video broadcast on Israeli television stations showed a man dressed in black and pointing an assault rifle walking down a street in Bnei Brak, a Jewish ultra-Orthodox city on the outskirts of Israel’s commercial capital.

Witnesses said he began shooting at apartment balconies and then at people on the street and in a car.

“The terrorist was liquidated,” ambulance spokesman Zaki Heller said. It was not immediately clear who shot him.

Israeli media said initially that security services suspected the gunman was a member of Israel’s Arab minority. They later reported that security officials believe he was a Palestinian from the occupied West Bank.

Last week, an Arab citizen of Israel killed four people in a stabbing and car ramming attack in the southern city of Beersheba, before he was shot dead by a passerby. Israeli authorities said he was an Islamic State sympathiser.

On Sunday, as an Israeli-Arab summit convened in southern Israel, an Arab assailant, a resident of a town in the north of the country, shot and killed two police officers in Hadera, a city some 50 km (30 miles) north of Tel Aviv. Other officers shot and killed him.