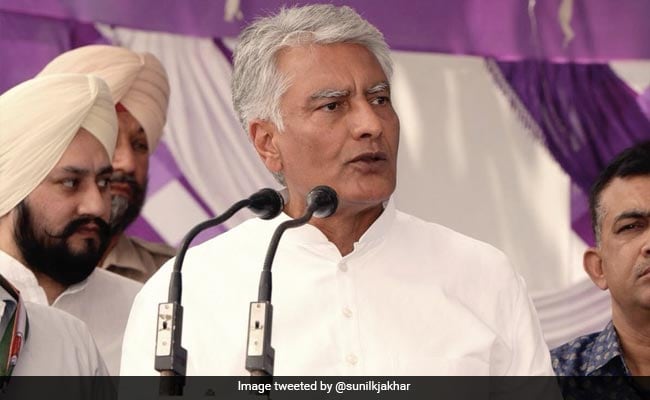 The party high command – the Gandhis – had been “hoodwinked”, said Sunil Jakhar

In the blame-game following the Congress’s shock defeat in Punjab, a party leader today hit out at what he called “sycophancy” on display at the party’s post-mortem on Sunday.

“An asset – are you joking? Thank God he (Channi) wasn’t declared a ‘National treasure’ at the CWC by the ‘Pbi’ lady who proposed him as CM in first place,” Mr Jakhar tweeted.

Later, he sought to clarify his comments, claiming that he never meant to accuse anyone of anything.

The party high command – the Gandhis – had been “hoodwinked” by those who had been Rajya Sabha members for 20 years, Mr Jakhar said.

“The Congress party is in thi state today because the people of Punjab wanted change. In the name of removing corruption, the party brought a leader who got buried in corruption allegations just days after becoming Chief Minister. My only point is that these big leaders, representing Punjab in the Rajya Sabha for 30 years, they should have the guts to tell the high command the truth and accept their mistake – that we recommended the wrong man for Chief Minister, and Rahul ji and Sonia ji gave him the responsibility,” Mr Jakhar said.

“Instead of acknowledging it, they are trying to put it on Rahul Gandhi.”

At a four-and-a-half hour discussion on the Congress debacle in Punjab and four other states, party chief Sonia Gandhi, along with Rahul Gandhi and Priyanka Gandhi Vadra, offered to resign over the poll defeats. Sonia Gandhi said she and her children were ready to make the “ultimate sacrifice in the interest of the party”.

The party, however, steered clear of tough decisions, falling back on the familiar route of “reposing faith in the Gandhis”.

Congress leaders rejected the resignation offer and said they wanted Mrs Gandhi to remain party president and bring about the organisational changes needed to revive the party.