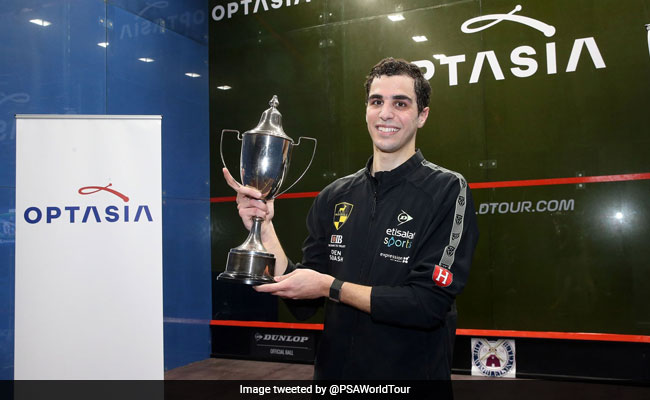 Egypt’s Ali Farag, world’s number 1 squash player, used his victory speech at the Optasia Championship yesterday to register his disagreement with Western media coverage after Russia’s invasion of Ukraine last month which the star believed does not cover “oppression everywhere in the world”.

The professional squash player called on people to talk about Palestine in the same way they talk about Ukraine. “We’ve never been allowed to speak about politics and sports, but all of a sudden now it is allowed. So that we are allowed, I hope that people also look at the oppression everywhere in the world.”

“I mean the Palestinians have been going through that for the past 74 years,” he added referring to conflict with Israel.

Slamming Western media, Mr Farag said that Palestinian conflict does not feature prominently in news as it “doesn’t fit the narrative of the media of the West.”

Western media coverage of Ukraine’s invasion has been criticised before as well. A network of Arab and Middle Eastern journalists said it had observed examples of racist coverage normalising war in non-European regions by contrasting the Ukrainians under siege from the middle-eastern nations.

Citing examples from prominent news outlets, the Arab and Middle Eastern Journalists Association (AMEJA) said in a statement, “This type of commentary reflects the pervasive mentality in Western journalism of normalizing tragedy in parts of the world such as the Middle East, Africa, South Asia, and Latin America.”

“It dehumanizes and renders their experience with war as somehow normal and expected,” the journalists’ body said.