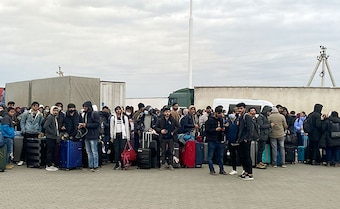 Students from Telangana who had gone to Ukraine to study medicine, will now receive funds from the state government for their studies.

The Central government recently evacuated 18,000-plus Indians from the war-torn country.

Most of them are students who had gone to study medicine, the cost of which is cheaper in the former Soviet republic.

But the Russian invasion in February had come as a huge shock to the students, who found themselves stranded without adequate food, water and in some cases, even shelter.