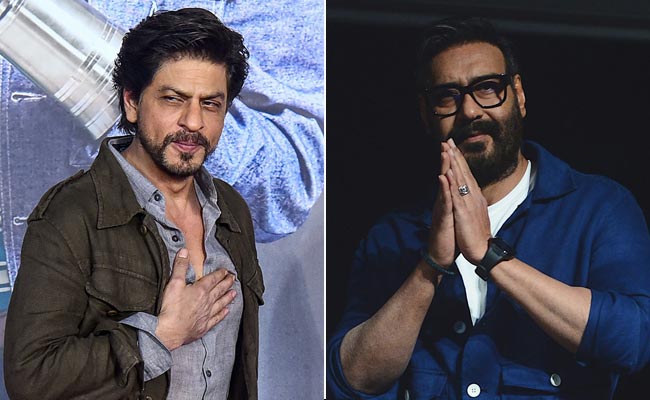 Can we call Shah Rukh Khan the king of comebacks? Because we can’t think of a better way to put it. The actor simply knows how to hog the limelight. His social media posts have the power to shake the Internet [in a good way, of course]. And, his latest tweet is a testament to this statement. FYI: it is related to his OTT app – SRK+. Shah Rukh Khan has asked Ajay Devgn if he will release the second season of Rudra: The Edge Of Darkness on SRK+ app instead of Disney+Hotstar. He wrote, “Toh… Season 2 Disney+ Hotstar pe nahin, SRK+ pe hoga…. Pukka? (So, season 2 of Rudra won’t be released on Disney+ Hotstar but on SRK+… Promise?).” The reaction came in the backdrop of a post shared by Ajay Devgn on Twitter.  “Sorry Shah Rukh Khan pehlebata dete, Rudra SRK+ pe hi release karta. Ab Thoda Ruk Shah Rukh [If you had told me about it beforehand, I would’ve released Rudra on SRK+. Now, wait a bit Shah Rukh],” this is what Ajay Devgn wrote.

Now, are wondering why Ajay Devgn made such a comment? Well, you will have to watch the video shared by the actor here. It features Shah Rukh Khan and Anurag Kashyap who are having a discussion over the content that they are going to release on SRK+. And, one of the stories that Anurag Kashyap narrates is on the lines on  Ajay Devgn’s Rudra: The Edge Of Darkness. Understood, right?

Now, we can’t tell what subtext, if any, this exchange between the two stars has. As anyone who follows celebrity gossip knows, Shah Rukh Khan and Ajay Devgn are not friends – the opposite, in fact; Ajay, who is married to SRK’s longtime collaborator Kajol, reportedly shares very cold vibes with his wife’s co-star of many movies. Is this Twitter conversation an indicator of a thaw?

Here’s how Shah Rukh Khan announced his new OTT app to his fans. He wrote, “Kuch kuch hone wala hai, OTT ki duniya mein (Something is going to happen in the world of OTT).”

Shah Rukh Khan will be next seen in Pathaan. The film also features Deepika Padukone and John Abraham.