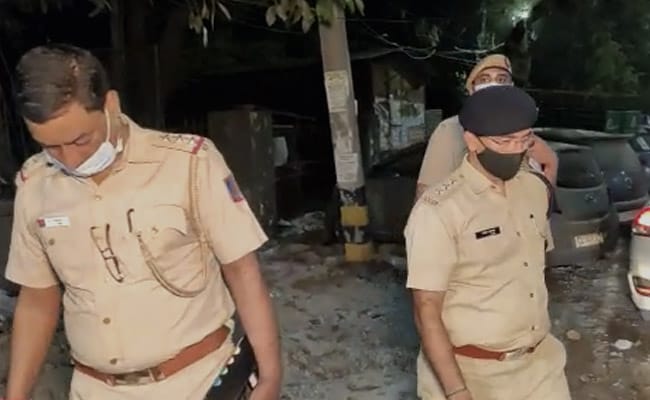 The baby was born in January this year

A two-month-old baby girl was found dead inside a microwave oven in the Chirag Dilli area of south Delhi on Monday.

Benita Mary Jaiker, Deputy Commissioner of Police (South), said they got the information about the death of the baby at around 3.15 pm and all possible angles are being examined.

“The infant’s parents, Gulshan Kaushik and Dimple Kaushik, are being interrogated at the police station and further investigation is underway, Ms Jaiker said.

A case of murder has been registered against unknown persons.

A senior police official said the initial investigation suggests that the baby’s mother, who is the main suspect in the case, was upset over the birth of a girl child.

“Ananya was born in January this year and Ms Kaushik had been upset since then. She even fought with her husband over the issue,” sources told NDTV.

The couple also has a four-year-old son.

A neighbour, who informed the police about the infant’s death, said that Ms Kaushik had locked herself inside the house after which her mother-in-law raised an alarm. “We broke the glass and entered the room. We found the woman lying unconscious inside with her son, but two-month-old baby Ananya was missing,” he said.

Ananya’s grandmother and some neighbours then looked all over the house and found the infant inside a microwave oven. The oven was placed in a room on the second floor of the house.

At the time of the incident, the child’s father was at the departmental store which he runs nearby, police said.