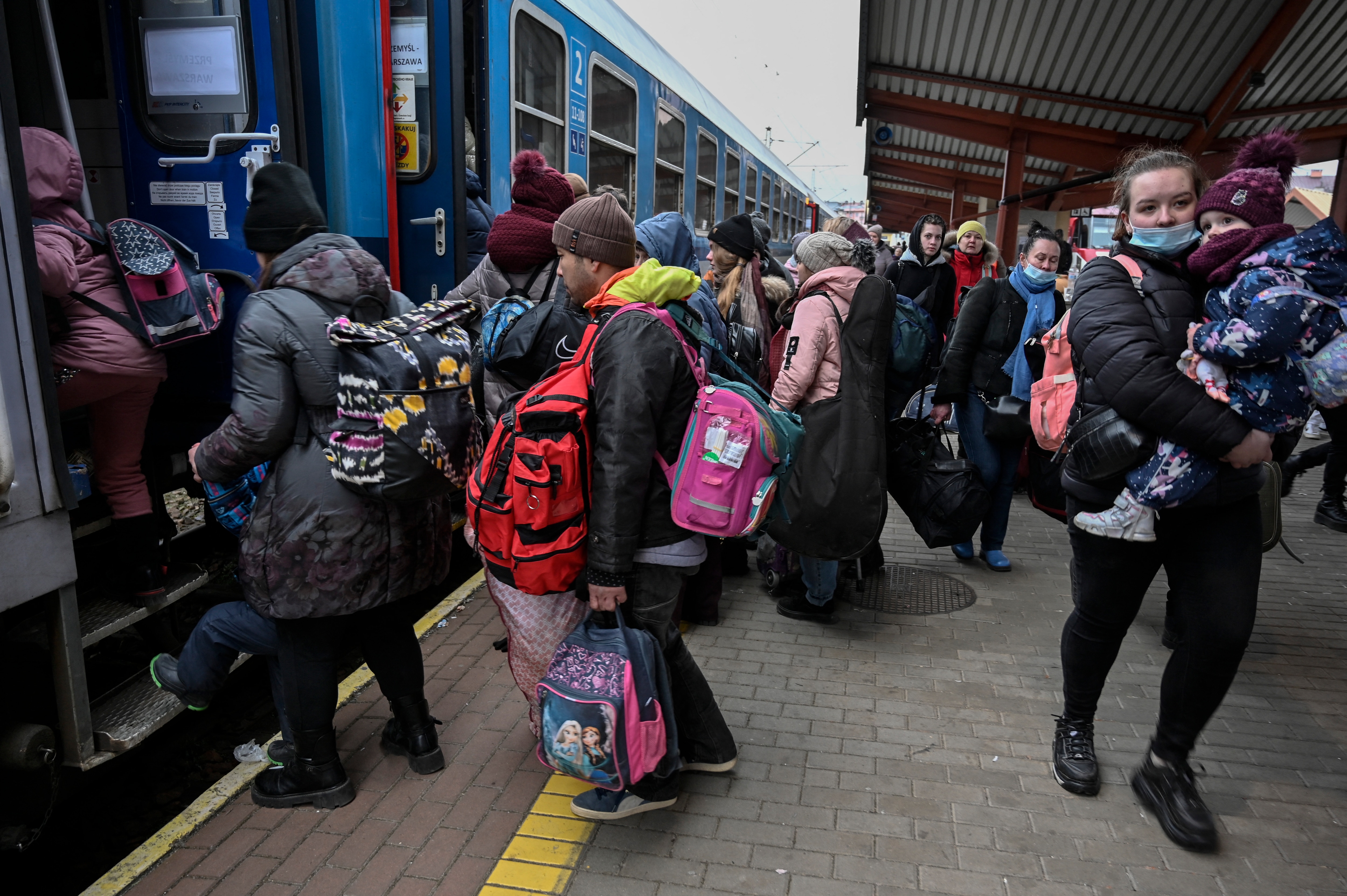 The US State Department has said that it will work with United Nations to bring refugees to US.

More than 3 million people have fled Ukraine to neighboring countries since Russia invaded on Feb. 24, according to United Nations data, but the United States has only admitted several hundred Ukrainian refugees so far, leaving some critics questioning U.S. government policy.

Why Hasn’t The US Taken In More Ukrainian Refugees?

U.S. President Joe Biden and his top officials have said the United States stands ready to accept refugees if needed, but the administration has repeatedly signaled that Europe should be the primary destination for Ukrainians.

“We’re going to welcome Ukrainian refugees with open arms if, in fact, they come all the way here,” Biden said on March 11 during a meeting of fellow Democrats in Philadelphia.

Vice President Kamala Harris, Secretary of State Antony Blinken and White House Press Secretary Jen Psaki have made similar comments. Psaki said on March 10 that the administration believes the “vast majority” of refugees will want to remain in neighboring countries where many have family, friends and former employers.

Refugee resettlement can take years, though the Biden administration sped up the process for Afghans following the U.S. military withdrawal from Afghanistan last August. Lessons from that experience could help expedite the resettlement of other refugees, three U.S. officials told Reuters.

Who Is Calling For More Refugee Admissions?

A group of more than three dozen Democratic lawmakers urged Biden in a March 11 letter to increase refugee admissions and allow Ukrainians with family members in the United States to enter faster through a temporary mechanism known as “humanitarian parole.”

Representative Raul Ruiz, a physician trained in emergency medicine and chairman of the Congressional Hispanic Caucus, which wrote the letter, traveled to the Poland-Ukraine border earlier this month as part of a delegation of Democrats and Republicans.

“The crisis could overwhelm the countries currently hosting many of the Ukrainian refugees, and the United States must lead in the effort to assist these countries in helping the vulnerable escape war,” he wrote in the letter to Biden.

Representative Victoria Spartz, a Republican from Indiana and Ukrainian immigrant, was in the delegation and told Fox News that the humanitarian response cannot be neighbor Poland’s “problem alone.”

The urgency of the crisis was underscored by Ukrainian President Volodymyr Zelenskiy’s wife Olena Zelenska, who told ABC News she was calling on American women to support Ukrainian women and children seeking refuge.

A coalition of more than two dozen Jewish-American organizations also pressed Biden last week to increase admissions of Ukrainian refugees, saying that “our community knows painfully too well what happens when America shuts its doors to refugees.”

Could The US Accept More Ukrainian Refugees?

No data is publicly available yet for March although the United States admitted only 514 Ukrainian refugees in January and February during Russia’s build-up to the war, according to U.S. State Department data.

Biden set the overall refugee ceiling for this year at 125,000 after his predecessor Donald Trump, a Republican, slashed admissions to a record-low 15,000, which gutted the program and led to processing delays already worsened by the COVID-19 pandemic.

Biden has set aside 10,000 of the 125,000 refugee slots for people from Europe and Central Asia, which encompasses Ukraine, but that allotment can be expanded if needed, and is expediting certain cases.

What Happens To Ukrainians Who Try To Enter The United States From Mexico?

Thousands of Ukrainians and Russians have been traveling to the U.S.-Mexico border to seek asylum, a trend that could accelerate as the humanitarian crisis worsens, Reuters reported earlier this month.

During the first five months of this fiscal year, which began last October, U.S. authorities at the southwest border encountered about 1,300 Ukrainians, mostly at ports of entry, compared to about 680 for all of the last fiscal year.

Most Ukrainians have been allowed into the United States to pursue their immigration cases, unlike migrants from other countries who are often expelled to Mexico or other countries under a pandemic-era order known as Title 42.

Anecdotal reports have surfaced, however, of a handful of Ukrainians arriving at the southwest border in recent days and being refused entry.

If The US Isn’t Accepting Many Ukrainian Refugees, What Is It Doing?

Biden signed into law a spending bill on Tuesday that provides $13.6 billion to help Ukraine and European allies, including about $4 billion to aid people fleeing.

The U.S. government also announced earlier this month that it will grant Temporary Protected Status (TPS) to an estimated 75,000 Ukrainians already in the United States.

The status will offer them deportation relief and work permits for 18 months and can be renewed at the end of that period, but will not apply to people who arrived after March 1.