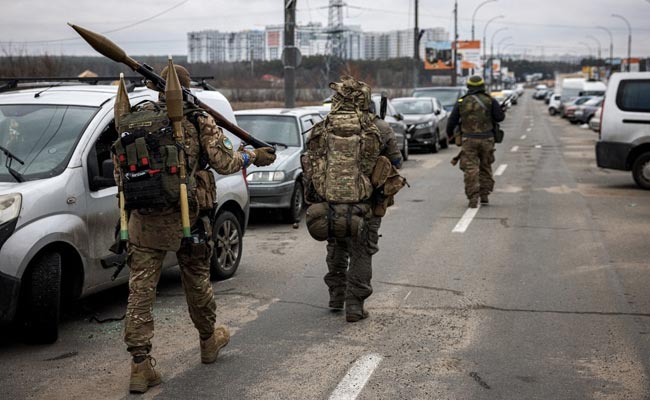 Sullivan reiterated US opposition to the invasion, which began on February 24, and told Patrushev “that if Russia is serious about diplomacy then Moscow should stop attacking Ukrainian cities and towns,” the statement said.

He “clearly laid out the United States’ commitment to continue imposing costs on Russia,” to support Ukraine’s defense and to reinforce NATO’s eastern flank, “in continued full coordination with our Allies and partners.”

The US and NATO have for days now voiced fears that Russia could launch a chemical or biological attack in Ukraine, and Sullivan “warned General Patrushev about the consequences and implications of any possible Russian decision” to do so.

The statement came shortly after Ukrainian President Volodymyr Zelensky made a powerful virtual address to the US Congress in which he invoked the horror of the war and urged Washington to reconsider his plea for a no-fly zone.

Biden has so far bluntly ruled out any no-fly zone, warning that it could lead NATO into to “World War III” with nuclear-armed Russia.

Instead he has imposed crippling sanctions on Russia and poured money and aid into Ukraine.

At 11.45 am (1545 GMT) Wednesday he is set to announce a further $800 million in fresh security assistance to Ukraine, a White House official has said.