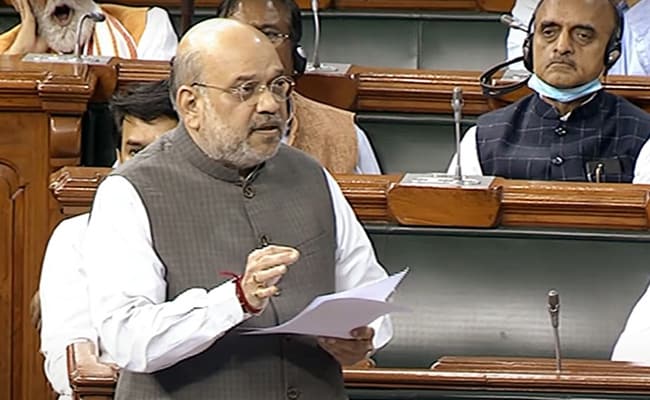 The BJP wants to fight and win polls everywhere on basis of its ideology, programmes, leadership’s popularity and performance of the government, and not by unleashing violence against rivals, Home Minister Amit Shah said on Wednesday.

Replying to the debate over the Delhi Municipal Corporation (Amendment) Bill, 2022, in Lok Sabha, Mr Shah said the BJP wants to form government everywhere and that is why it fights polls.

“Why did you go to Goa, why are you going to Tripura. You have the right to go, I don’t say don’t go, every party must go with their ideology, programmes, performance to all places, this is the beauty of democracy,” Mr Shah said in an apparent response to remarks made by TMC MP Saugata Roy.

Only those who are afraid of losing power can have an objection to it, not the proponents of democracy, he added.

“I want to say that on the basis of our programmes, ideology, popularity of leadership and the performance of our government, we want to fight polls and win everywhere. But we don’t want to grab power by killing workers of rival parties, carrying out series of murders, by raping wives and daughters of (rival) party workers. This is not our culture,” Mr Shah said in an apparent reference to West Bengal and the ruling Trinamool there.

He also took a swipe at the Congress and the Trinamool, saying they are parties run for families and don’t hold internal polls for years.

“First hold polls in your party, then talk about country,” Mr Shah said.