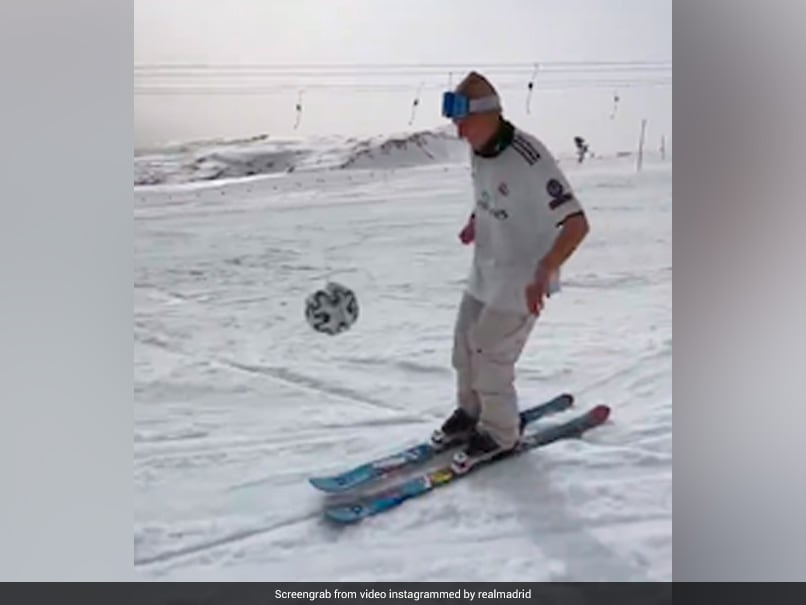 A Switzerland skier mesmerised all with his football juggling.© Instagram

The love for football has no boundaries. Time and time again, people have found ways to do something quite out of the ordinary to showcase their exceptional football skills. In a similar instance, a video surfaced online which was even shared by the official Real Madrid Instagram handle. In a short but breathtaking video, Switzerland skier Andri Ragettli was seen juggling a football on his snowblades while skiing on a snowclad mountain. While many football enthusiasts find new ways of showing their juggling skills, Ragettli took it to another level and even managed to pull off a somersault with the ball in hand.

The Real Madrid fan would be hoping the team get back to winning ways after a recent 4-0 drubbing in the El Clasico against FC Barcelona at the Santiago Bernabeu.

The win for Barcelona meant so much more as they aim to rebuild under current manager and former captain Xavi.

“It can change the dynamics of the present and the future,” said Xavi. “We had lots of chances and we were much better than Madrid, far superior. We deserved to score so many goals.”

Asked if Barcelona are back, Xavi said: “It can be. This is the right path.”

New-recruit Pierre-Emerick Aubameyang scored two goals for Barcelona as the Catalan giants managed to stay in touch with top two team in La Liga this season.

Apart from Aubameyang, Ronald Araujo and Ferran Torres also got their names on the scoresheet as they piled a four-goal misery on Madrid.