International Fight Week represents the midpoint of the UFC “season” as fight fans watched the promotion’s 22nd fight card and seventh pay-per-view of the year at UFC 276 on July 2. After this past weekend’s festivities, the upcoming schedule is marked with plenty of title fights and major cards in intriguing international locations like London, Paris and Abu Dhabi.

With that in mind, let’s look ahead to the biggest questions that need to be addressed for the second half of the year, including who should challenge next for Charles Oliveira‘s lightweight title and which champion has the best case for making a run at a second title. Plus, which big fight should we all look most forward to on the schedule?

Multiple champions seem to be interested in challenging for a second belt. Who should we take most seriously?

Raimondi: Alexander Volkanovski, by far. He’s already beaten most of the best fighters in the featherweight division and has said he would stay active if he goes up and wins the lightweight title, defending both belts. Josh Emmett seems like he’d be next in line for Volkanovski, and Yair Rodriguez puts himself right there, too, if he beats Brian Ortega next month. I think Volkanovski will fight at least once more at featherweight before a potential move up. Charles Oliveira and Islam Makhachev should fight next for the vacant lightweight title. Maybe Volkanovski can fight the winner if he gets by either Emmett or Rodriguez.

Sterling hasn’t done enough in his division yet, and bantamweight is the deepest weight class in the game. There is a long list of contenders for him, including former champion TJ Dillashaw, whom he fights next. Sterling could move up eventually due to his size, but I wouldn’t expect the UFC to be too keen on that if he’s the champion. Another issue could be Sterling’s teammate Merab Dvalishvili becoming the No. 1 contender at bantamweight. He and Sterling are close friends and don’t want to fight each other. But Dvalishvili has to get through Jose Aldo first. As for Usman, he won’t fight his friend and middleweight champion Israel Adesanya, and the light heavyweight talk seems like just that — talk. At least for now.

Okamoto: It feels as if Volkanovski is the closest of any champ to moving up. He deserves a shot at lightweight, although I’m not sure if the timing is in his favor. Maybe the UFC will get onboard with Volkanovski vs. Oliveira, which I’d love. But I think the chances of Makhachev getting a shot first are more likely, and Volkanovski might need some time to heal an injured hand anyway. Beyond Volkanovski, I think the champ most likely to move up and win a second belt is Adesanya.

Wagenheim: It’s got to be Volkanovski. He’s just scored his third win over the UFC’s second-best featherweight, Max Holloway, putting himself in position to move up for a shot at lightweight — if there’s a spot for him among the crowd of 155-pound contenders. Even if Volkanovski has to wait his turn, he’s still a better champ-champ candidate than either Sterling or Usman, both of whom still have several potential challengers awaiting in their current domains. Plus, Usman challenging fellow Nigeria native Adesanya at middleweight? Seems unlikely.

Which rising star will make the biggest leap in the second half of the year?

Wagenheim: I love watching Erin Blanchfield fight, but I don’t think the 23-year-old is primed to rise to the top just yet. Same with Ian Garry and Paddy Pimblett, both of who can fight and talk, thus being the type of fighter the UFC loves to push. So I’m going to say Jiri Prochazka. Sure, he already wears a shiny championship belt around his waist, signifying he’s risen to the highest point in MMA. But with his inventive, go-for-it style, which fans love, I see a ton of possibilities within Prochazka’s reach to rise from champion to legitimate superstar.

Raimondi: Shavkat Rakhmonov might only be another win or two away from a title shot after looking incredible against welterweight stalwart Neil Magny last month. Rakhmonov is up to No. 10 in the UFC’s official 170-pound rankings and looks like a world-beater. If he gets another fight in 2022, as expected, he could put himself into a title eliminator thereafter. Kamaru Usman has his third rematch in a row coming up next month at UFC 278, this one against Leon Edwards. But with the rise of Khamzat Chimaev and now Rakhmonov, next year could look very interesting for Usman if he can get by Edwards. Those two and Sean Brady are legit up-and-coming fighters close to the division’s elite. Usman should have some fresh faces as contenders shortly, provided he remains champion.

Okamoto: Khamzat Chimaev. No other “rising star” has been able to accomplish what he has in such a short time. As of right now, I would say Chimaev’s most likely next opponent would be either Nate Diaz or Colby Covington. Either matchup is a huge fight. Even though Chimaev’s last fight against Gilbert Burns was much closer than some expected, I think he’ll be the betting favorite to beat anyone in the welterweight division other than Usman. Chimaev has shown that when he fights, people are intrigued, and the Fight of the Year candidate he had with Burns did nothing to slow that down. He will fight at least once before the end of the year. That fight will be big, and Chimaev will be favored to win it. So, he’s an easy pick to make the biggest difference in the second half of 2022.

Who will end the year as the UFC’s flyweight champion?

Okamoto: I’ll make Deiveson Figueiredo the favorite. He’s the current champ. We’ve got Brandon Moreno vs. Kai Kara-France coming up at UFC 277 for the interim belt, meaning the winner of that fight would become the champ only if the UFC strips Figueiredo or Figueiredo loses to the winner in a unification bout. I don’t see the first option happening. I think the UFC would clearly like Figueiredo to be more active; otherwise the promotion wouldn’t have felt the need to crown an interim champion. The UFC isn’t actively looking to strip Figueiredo of the belt, but could it happen before the end of the year? Hard to say. We’ll see what happens at the end of this month, but right now, you have to say the champion is the favorite to still hold his title at the end of the year.

Wagenheim: I addressed this question at the beginning of the year, but I’m happy for the do-over opportunity. Back then, I went with Alexandre Pantoja, who was on a run of eight wins in 11 UFC fights. He seemed like a good bet to dethrone then-champ Moreno, since Pantoja had already defeated him twice. But Pantoja has not stepped in the cage at all since last August, and while he fights at UFC 277 at the end of this month, an interim title fight between the Moreno and Kara-France is on the same card. So I don’t think Pantoja is going to come close to Figuieredo this year. In fact, I’m now thinking no one is going to take the strap away from the champ in 2022. 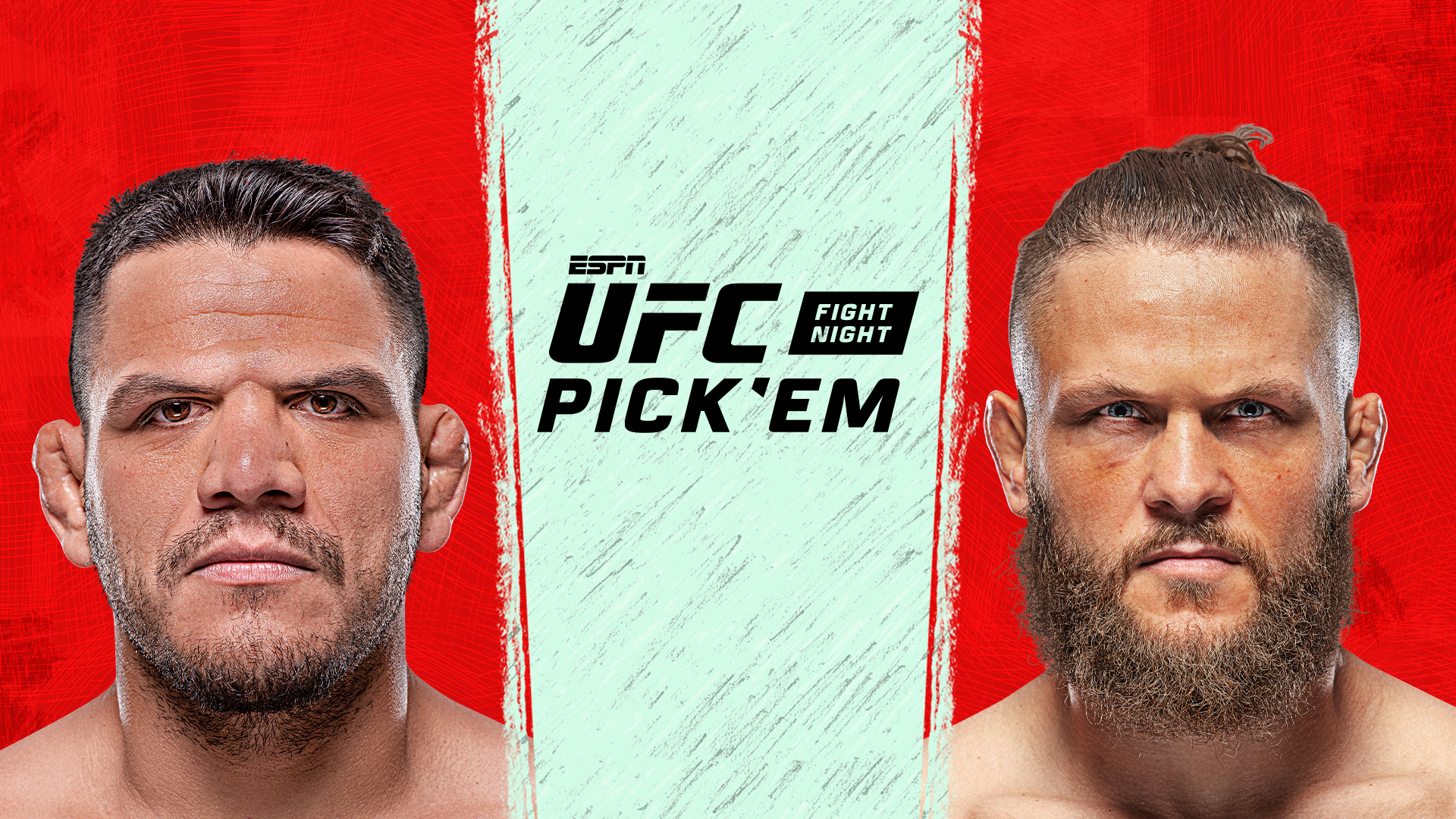 Play for a chance to win a streaming of UFC 277 for FREE! Make Your Picks

Raimondi: The safe choice is the current champion, Figueiredo. After Moreno and Kara-France battle for the interim title on July 30, the UFC would have to schedule a unification bout before the end of the year. Will the winner of that bout and Figueiredo both be ready? Potentially, it could get done in late fall or early winter, but who knows? A fourth fight with Moreno seemed to make sense, but it was not something the champion was interested in at this moment. Figueiredo is out with hand injuries and seems unhappy with his pay and has been teasing a move to bantamweight. It’s unclear if the UFC can make a fight before the end of 2022, so until that situation gets hashed out, it’s looking like Figueiredo will be the titleholder.

What fight are you most looking forward to next?

Raimondi: That’s a tough call. Brian Ortega vs. Yair Rodriguez is circled for me. It’ll not only give some clarity to the future of the featherweight division, but both guys are just allergic to having a bad fight. They are both ultra-tough, durable and willing to throw down. Neither is risk-averse. It’s a bout I’ve been wanting for a long time and should tear the house down at the new UBS Arena on Long Island. How will Ortega’s opportunistic jiu-jitsu match up with Rodriguez’s creative, electric striking? I can’t wait to find out. One more for honorable mention: Jose Aldo vs. Merab Dvalishvili at UFC 278 on Aug. 20 — an intriguing stylistic clash. Aldo is so hard to take down and Dvalishvili is an absolute wrestling beast at 135 pounds. That will be fascinating.

Monday through Friday, host Pablo Torre brings you an inside look at the most interesting stories at ESPN, as told by the top reporters and insiders on the planet. Listen

Okamoto: Jon Jones at heavyweight. Still not sure when it will happen, but I’m optimistic it will be before the end of the year. And I’m guessing it will be against Stipe Miocic. The likelihood of Francis Ngannou coming back from serious knee surgery before 2023 was always small, and although things are progressing well with Ngannou, I don’t expect to see him again this year. That means Jones vs. Miocic, maybe in November in New York or in Las Vegas in December. Beyond that, as far as a fight that’s already on the books, I’ll go with the Julianna Peña vs. Amanda Nunes rematch. I think a lot of followers of the sport is just assuming that wasn’t the real Nunes in their first fight and are expecting a drastically different result on July 30. I’ll admit that my initial inclination was to think the same and favor Nunes in the rematch. But as it draws closer, I’m far more 50/50 on this fight — liking Peña’s chances to repeat more and more. Either way, I’m looking forward to seeing how Nunes responds to her first loss in years.

Wagenheim: I am jazzed for a UFC Fight Night card later this month. Curtis Blaydes vs. Tom Aspinall is far from the biggest fight on the schedule, but there’s a classic storyline in the heavyweight main event July 23 in London: a rising contender who looks unstoppable vs. a veteran fighter who’s been at the top level for a while and just got done halting the rise of another young contender. Between the contrast in styles (can Aspinall cement his status by doing what few have done and handling the relentless wrestling of Blaydes?) and the locale (Aspinall is from Liverpool), I’m all in.

Wagenheim: 1. Winner of an Islam Makhachev–Beneil Dariush No. 1 contender eliminator, 2. Alexander Volkanovski, 3. Winner of a fight pitting two of these three past Oliveira challengers: Dustin Poirier, Justin Gaethje and Michael Chandler, 4. Gregor Gillespie (love me some wrestling vs. jiu-jitsu), 5. Someone totally off our radar at this point (because everything changes in a hurry in this sport)