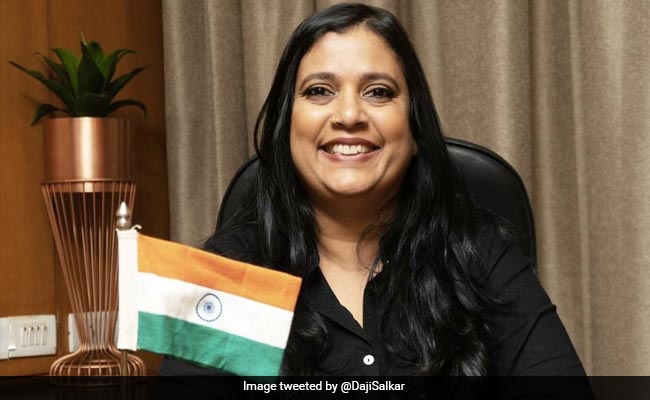 The only woman minister in the Goa Cabinet during the first term of the Chief Minister Pramod Sawant – Jennifer Monserrate – was not part of the leaders who took oath on Monday. Instead, her husband Atanasio Monserrate was among the new faces in the council of ministers.

The BJP heavyweight Atanasio Monserrate, from the Panaji Assembly constituency, is also known as “Babush”. He has been a three-term member of the Goa Legislative Assembly.

He is married to Jennifer Monserrate, an MLA from Taleigao, who was a minister in the first term of the Sawant government in the state.

Atanasio Monserrate was one of the 10 MLAs of Congress who had joined the BJP in July 2019. Mr Monserrate was made a Minister of Town and Country Planning in the Manohar Parrikar-led government in the state.

Notably, Jennifer Monserrate was the only woman Minister in the first term of Sawant as the Chief Minister. But she has now been dropped from the new council of ministers.

Rohan Khaunte, an MLA from Porvorim constituency of Goa, has previously served as Minister of IT, Revenue, Labour and Employment and Planning and Statistics and Evaluation in the Cabinet of Manohar Parrikar.

Mr Khaunte first contested the Goa Assembly Elections in 2012 as an independent candidate and won by a majority of votes. He is a self-proclaimed sports lover and represented the state of Goa in the field of Cricket and Basketball.

Subhash Shirodkar, another new face, is the party’s candidate from Siroda constituency. The 70-year old had quit Congress in 2018 and had resigned as the Member of the Legislative Assembly to join the Bharatiya Janata Party.

Ravi Naik, the former Chief Minister of Goa, began his career with the Maharashtrawadi Gomantak Party. He is a member of five-member Congress Legislative Party (CLP) of Goa and remained with the party during the two-thirds split in the CLP in 2019 when 10 MLAs had defected to the ruling BJP.

Former Goa Ministers Vishwajit Rane, Mauvin Godinho, Nilesh Cabral managed to stay in the newly sworn in government, while four former ministers, which included a few who had left the Bharatiya Janata Party (BJP) ahead of the state polls, were missing from the new Goa government.