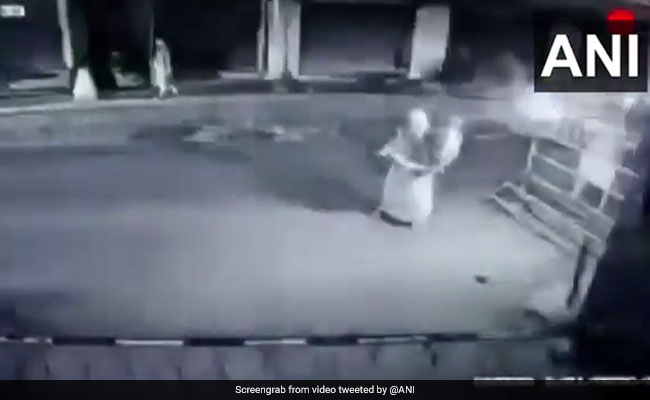 The woman has been identified and will be arrested soon.

A woman wearing a burqa was caught on camera throwing a bomb at the Central Reserve Police Force (CRPF) camp in Sopore town of Jammu and Kashmir’s Baramulla district yesterday evening.

The CCTV footage shows the woman stopping in the middle of the road and rummaging through the purse she was carrying. She then takes out the bomb from her bag and throws it at the CRPF camp.

Thereafter, she runs away from the spot.

Police said the bomb landed outside the security camp and caused no loss or injuries, adding that the area was immediately cordoned off after the attack.

The woman has been identified and a massive search operation is underway to trace her. “She will be arrested soon,” said Vijay Kumar, Inspector-General of Police, Kashmir.