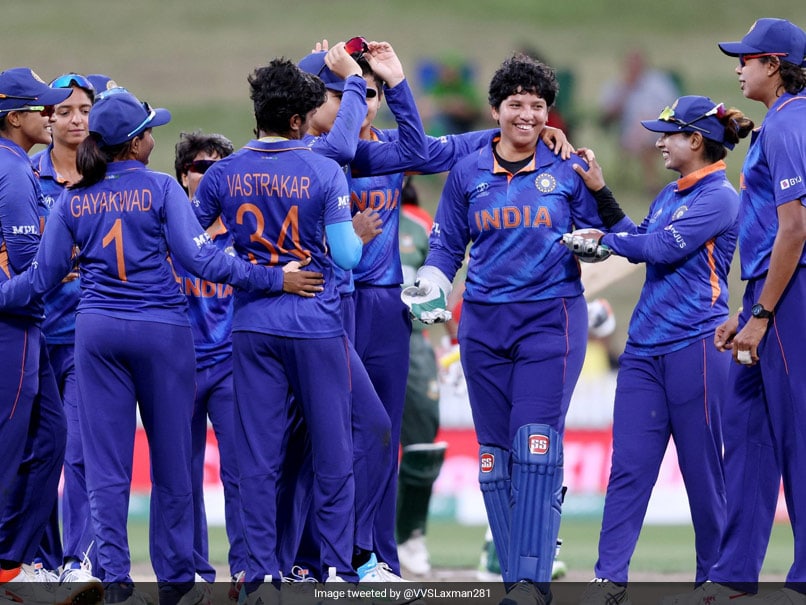 Bangladesh were hampered by early wickets that left them struggling on 35 for five and Sneh Rana took four for 30 to eventually bowl the Tigresses out 110 runs short of their target.

“A wonderful effort from the Indian girls to beat Bangladesh in a comprehensive fashion. Thoroughly clinical performance and wishing the @BCCIWomen the very best for the next game,” tweeted VVS Laxman.

A wonderful effort from the Indian girls to beat Bangladesh in comprehensive fashion. A thoroughly clinical performance and wishing the @BCCIWomen the very best for the next game. #IndvBan
#CWC22 pic.twitter.com/tk75PPc8XN

Meanwhile, former India batter Wasim Jaffer also took to his Twitter and wrote, “The dream lives on. This World Cup is going down to the wire. Well played @BCCIWomen.”

For Bangladesh, Ritu Moni produced the best figures of the innings with three for 37. Salma Khatun was Bangladesh’s top-scorer with 32 from 35 balls but departed with Bangladesh on 75 for six just past the halfway mark of the innings and the Tigresses were unable to recover.

Bangladesh will now face two teams they are yet to play in ODIs, starting with the already-qualified Australia before rounding out the group stages by taking on holders England.